Ganjnameh  inscriptions (literally ‘Treasure Book’) is so named because its cuneiform rock carvings were once thought to be cryptic clues leading to caches of Median treasure. 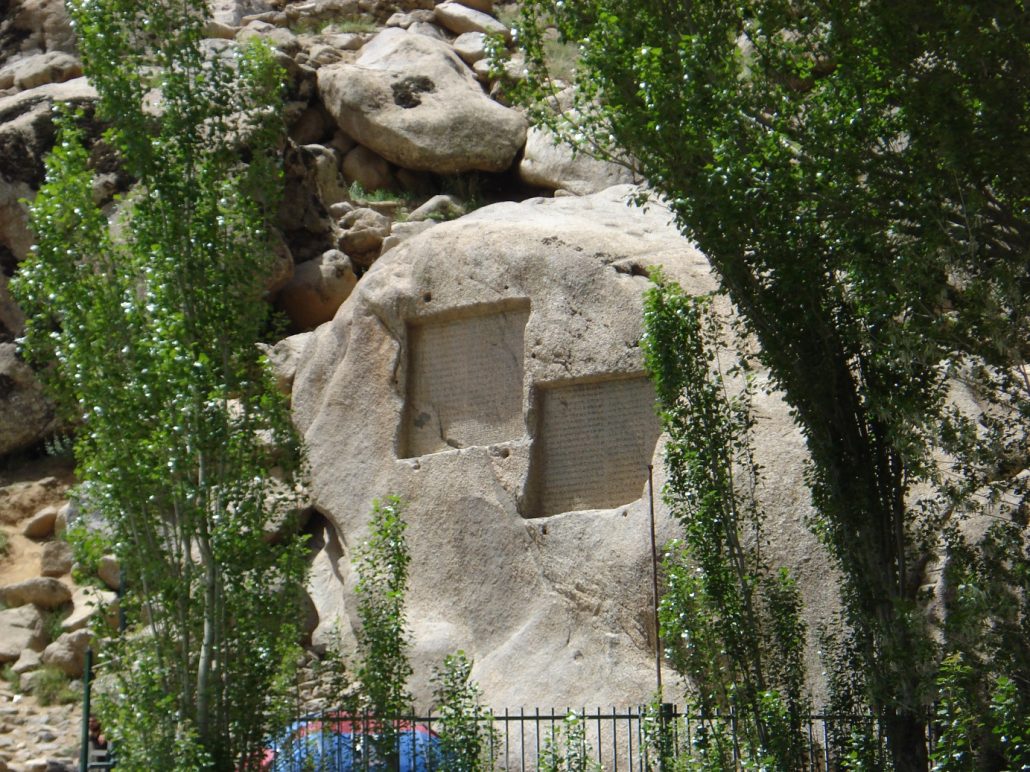 The Ganjnameh are set of cuneiform characters written in three languages (ancient Persian, Elamite, and Babylonian), set into a rockface on Mount Alvand, about 5 kilometers from modern-day Hamadan. They were first studied in detail by the French painter and archaeologist Eugene Flandin, who was accompanied by Pascal Coste. Following on their work, Sir Henry Rawlinson, a British explorer, used the inscriptions as a sort of Rosetta stone to descipher the cuneiform characters of the era. The inscriptions proved to belong to the age of Darius I (521-485 BCE) and Xerxes I (485-65 BCE), refuting earlier myths that the inscriptions described the location of buried treasure–hence the name Ganjnameh, or ‘treasure epistle’. 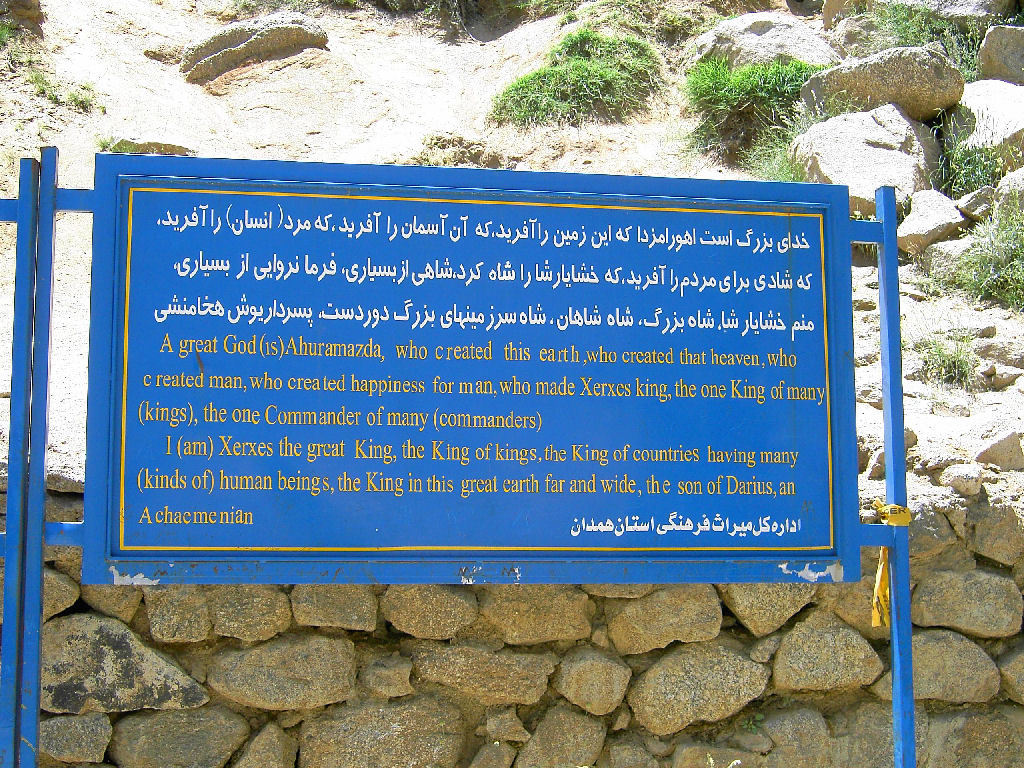 The texts are in fact a hubris-laden suck-up to the Zoroastrian god Ahura Mazda from the Achaemenid monarch Xerxes (r 486–466 BC) for making him such a stellar king. To emphasise the point, the message is repeated in three languages (Old Persian, Elamite and neo-Babylonian) on rock faces some 2m high. A second panel similarly commemorates his father, Darius. All this is rather ironic considering the modern-day fetish for social-media immortality. 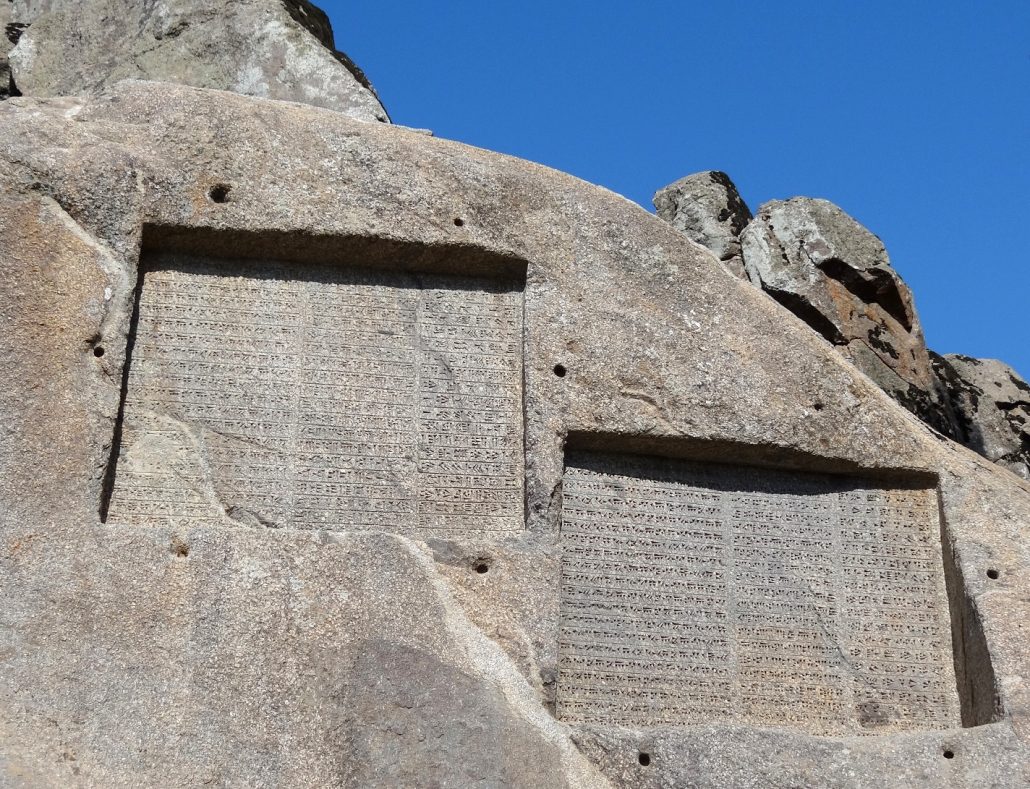 Cuneiform Inscriptions of Darius and Xerxes in Ganjnameh

The right inscription, belonging to Xerxes I, reads: “The Great God [is] Ahuramazda, greatest of all the gods, who created the earth and the sky and the people; who made Xerxes king, and outstanding king as outstanding ruler among innumerable rulers; I [am] the great king Xerxes, king of kings, king of lands with numerous inhabitants, king of this vast kingdom with far-away territories, son of the Achaemenid monarch Darius.”

In this context, “God” refers to Ahura Mazda of the Zoroastrian religion.

Ganjnameh waterfall is one of the most important waterfalls of the province, near the city of Hamadan and at the tail end of the recreational area of Abbas Abad Valley. This waterfall flows down from a height of about 12 m. and is known as the water of Abbas Abad. Its average output is 200 litres / second. This waterfall is in the vicinity of the Ganjnameh Inscriptions and also en route to the track from where the heights of the Alvand mountains are accessible. 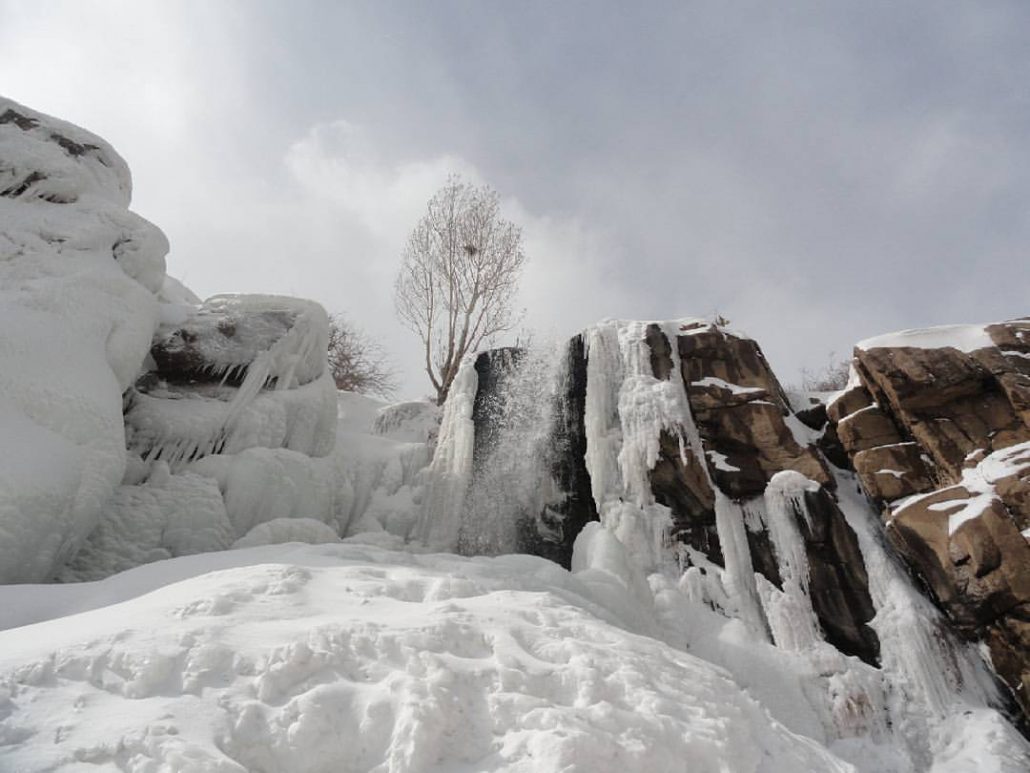