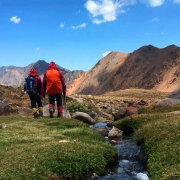 Iran is one of the safest countries to travel. According to the 2020 Travel Risk Map, Iran is as safe as the U.K regarding security.

Launched by global risk experts International SOS in collaboration with Control Risks, the 2019 Travel Risk Map indicates the danger level of different territories and countries based on factors threatening travelers such as violent and petty crime, political violence (politically motivated war and unrest, insurgency, terrorism) and social unrest (sectarian, communal and ethnic violence).  More factors such as the effectiveness of the security and emergency services, the country’s susceptibility to natural disasters, and the robustness of the transport infrastructure are also taken into consideration to represent more detailed information.

The map categorizes countries based on five levels of risk: insignificant, low, medium, high and extreme. Luxembourg, Slovenia, Switzerland, Norway, Finland, Iceland, Denmark, and Greenland are the few countries in Europe to fall in the category of insignificant risk ones. The majority of European countries are considered low risk, including the UK.

Iran, Georgia, Azerbaijan, Armenia, Uzbekistan, and some other countries in the Middle East are recognized as low risk. Obviously, Canada, the US, Australia, and New Zealand are also low risk.

Most of the “Extreme” risk countries are in Africa and the Middle East including Syria, Afghanistan, Yemen, South Sudan, Libya, and Somalia. 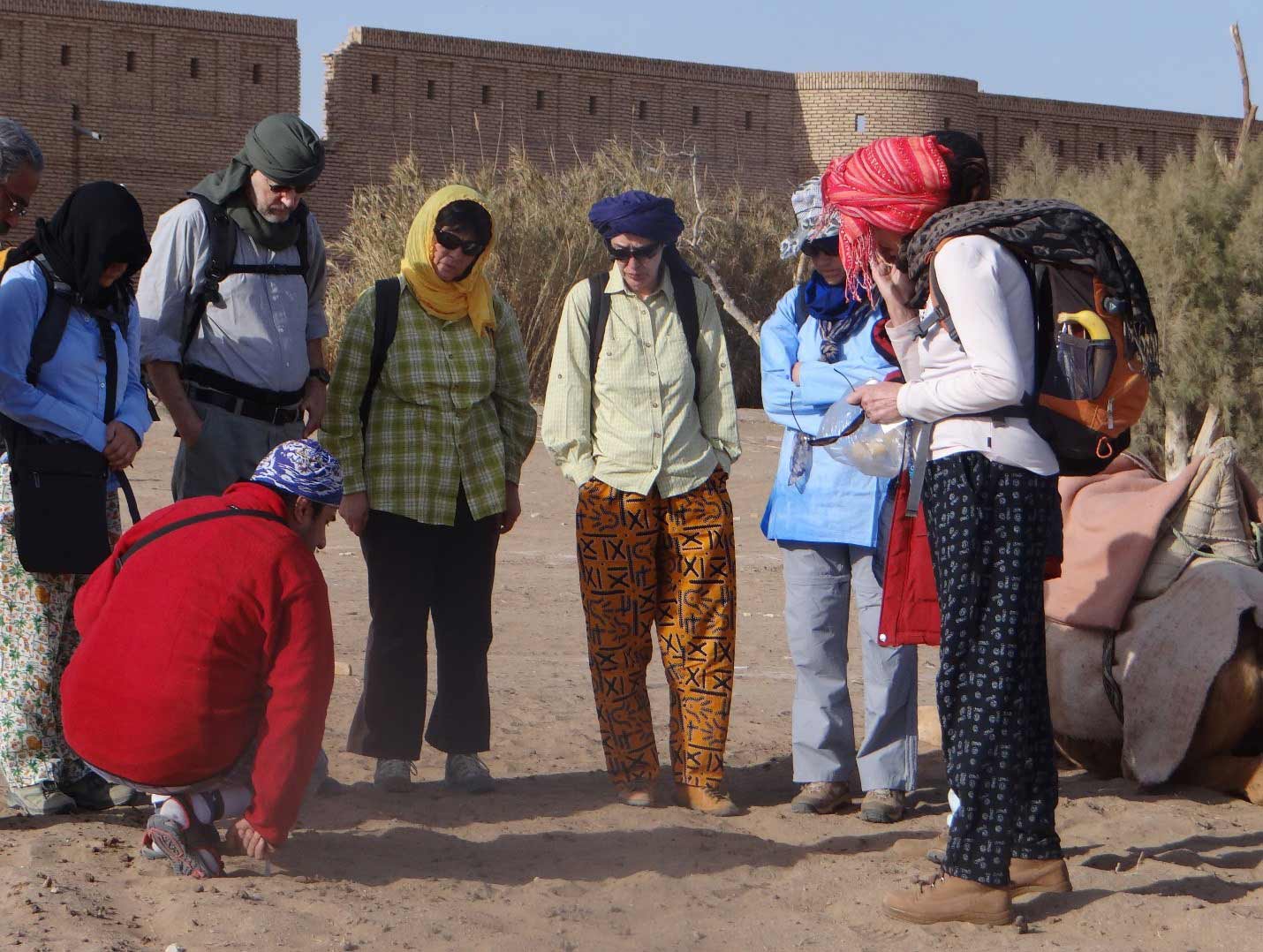 Is it safe to travel to Iran?

Despite the engineered picture projected in the mainstream media Iran has always been safe for tourists. Almost any tourist who travels to Iran is astonished by the contradiction which exists between the real Iran and the image of this country in the mass media.

Iran has always been an important country and has been attracting a rising attention lately. It was due to the escalation of tension between the US and Iran. However, this is not the only factor that makes Iran worth knowing about visiting. The heart of the storied Persian empire of antiquity, Iran has long played an important role in the region as an imperial power and later—because of its strategic position and abundant natural resources, especially petroleum—as a factor in colonial and superpower rivalries. The country’s roots as a distinctive culture and society date to the Achaemenian period, which began in 550 BCE.

From the scenic nature to more than hundreds of cultural sites provide people with enough incentive to want to know more and visit Iran. However, there was recently rising concerns for tourists about planning their trip to Iran. It was quite understandable.

How did the concerns started to rise?

The stresses and strains raised after Iran’s top military commander, General Qasem Soleimani, was assassinated by the US. Then Iran retaliated and carried out a ballistic missile attack on US airbases in Iraq. And finally, the crash of a Ukrainian passenger airplane that was justified as “human error”. Consequently, The European Union’s air safety agency advised airlines to avoid flying over Iran.

Currently, should you be concerned about your safety in Iran?

The answer is definitely NO! According to the 2020 Travel Risk Map, launched by global risk experts International SOS in collaboration with Control Risks, Iran is listed in the Medium Risk category. This is the same as some popular destinations such as Turkey, Russia, Indonesia, Brazil and etc. If you check the safety map in 2019, Iran was just as safe as Europe, with a Low-Risk designation.

According to this website, this report uses a number of factors like political violence (including terrorism, insurgency, politically motivated unrest, and war), social unrest (including sectarian, communal and ethnic violence) as well as violent and petty crime to determine the risk of traveling to every country in the world.

Other factors, such as the robustness of the transport infrastructure, the state of industrial relations, the effectiveness of the security and emergency services, and the country’s susceptibility to natural disasters are also considered.

Some areas of the country, particularly close to border areas with Afghanistan and Iraq, the Baluchistan province are seen as areas of higher risk by Western government and are generally not recommended as a traveling destination.

Those who travel to Iran tend to report that they feel most unsafe as a pedestrian, as particular norms that are followed in many western countries such as cars stopping automatically at pedestrian crossings are not generally adhered too in Iran.

It is safe to visit Iran for US citizens?

Yes. Us citizens can travel to Iran as a tourist with no problem. US citizens will have to have their itinerary and tour guide approved beforehand.

This is contrary to the fact that the Bureau of Consular Affairs of the U.S. Department of State has announced the travel advisory level 4 and prohibits US citizens from traveling in Iran as tourists. It needs to be mentioned that the American tourists who have already visited Iran narrate the opposite story and do not have any complaints about their safety.

The Iranian government is highly sensitive for historical and political reasons of any foreign involvement in the political process, in particular, this applies to the United States.

Avoiding political demonstrations and making any public political statements is another way to avoid any trouble.

Otherwise, Iranians will be keen to demonstrate their hospitality to US citizens and will offer to host them for lunch or dinner.

Is it safe for women to travel to Iran?

All women while in Iran are required to follow the dress codes prescribed form women in Iran. This means wearing a headscarf and not allowing the skins on your arm or legs to be shown while in public.

There is also gender segregation of some public transport. Following these laws will mean women will generally have no issues when it comes to safety.

Iranians are renowned for their hospitality and as a visitor you will be invited to many people’s houses for dinner or lunch.

This isn’t as forward as it may seem in other countries and is generally a sign of respect to the guest. There is, however, no obligation to accept such offers.

Do airplanes fly over Iran?

Following a meeting of an EU aviation risk assessment group on 29 January 2020, EASA announced that it was repealing its provisional recommendation not to fly over Iran and Iraq. Therefore, European airlines are expected to start flying over parts of Iraq and Iran soon, as the European Aviation Safety Agency (EASA) announced.

Additionally, having received assurances from Iran that civilian aircraft are safe to fly through its airspace and the European Union Aviation Safety Agency (EASA) giving the green light, KLM flights will resume over Iran again.

It must be added that as the international political unrest started to relax and after the flights started to get back to normal the Covid-19 pandemic broke out and changed the situation.

Right now, months after the spread of Coronavirus started to rise, non-essential travels between the countries are not suggested yet. International flights have not started to regulate their routes as they used to be previously, yet.

However, it is estimated that it won’t be long before the wheels of the tourism industry start to roll again and tourists manage to visit their favorite destinations. There is no need to say that health protocols and guidelines are needed to be observed seriously to avoid getting infected by the unwelcomed virus.

IRAN with 24 UNESCO World Heritage Sites is one of the countries you have to visit. So, if you haven’t traveled to Iran yet or you would like to see some other parts of Iran you didn’t visit before, don’t be doubtful anymore. It is high time you started planning your trip to Iran and see what this ancient country is like by yourself.

Iran deserts from a tousim viewpoint

kalouttourThe Persian carpet- introduction
Scroll to top
Need Help? Chat with us
Start a Conversation
Hi! Click one of our member below to chat on Whatsapp
The team typically replies in a few minutes.
farzaneh
Incoming Department