Poets and pistachios: A journey to the heart of Iran

The old man held a breath under a walnut tree. A part-time philosopher, he was called Rahmatollah (“offer of the gods”). He had wobbly knees and clutched a walking stick, but his mind showed no signs of slowing. 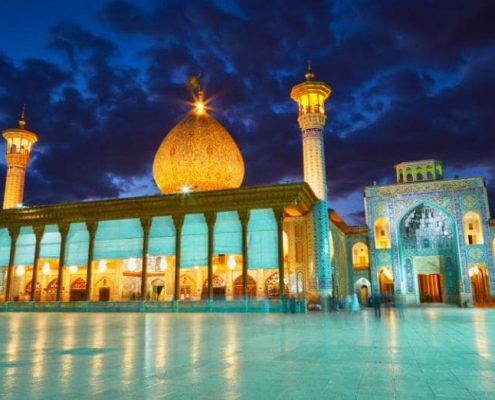 He sat in the shadow and quoted the Iranian poet Saadi Shirazi from the 13th century and survived for over 80 years in the sleepy mountain village of Abyaneh, 210 miles south of the capital Tehran. “I went in these summits as a boy, looking for wolves and hunting cubs. At that time Abyaneh was a different place,” he said almost sadly.

Once a flourishing agricultural community, Abyaneh was home to thousands and blessed with an almost semi-autonomous existence. By the 17th century isolated, it remained free from disturbances by Afghans, Turks and Indians. With the next village 12 miles away, the locals even have their own dialect.

Today, there are almost 80 inhabitants living in red clay houses. Bizarre but Abyaneh is near the epicenter of the country’s biggest problems, a lonely place in the desert that has seen it banished by the international community.

“No photos,” warned my guide Majid, as we drove past the mysterious Natten Kernenergie, all the high fences and armed patrols. 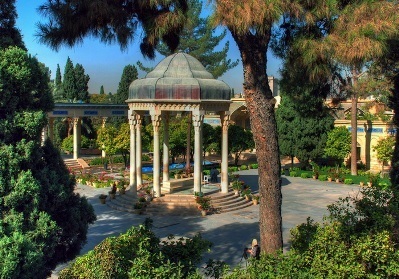 But change comes. The sanctions against Iran’s controversial Atrocrogram are lifted and the Islamic Republic is again open to the economy. Last year, the Federal Foreign Office made the travel restrictions easier and reopened the British Embassy in the capital after it became famous in 2011. As a result, the airlines and tour operators have hastily restored their presence. On September 1, British Airways will start direct flights from Teheran to London Heathrow. It is a welcome message to the 77 million inhabitants of this nation, plagued by prejudices as a land of fundamentalists and terrorists.

Majid has been showing his home to curious visitors for nineteen years. “Iran is a deeply misunderstood country,” he said, sitting with a leg on a Persian carpet, sipping a cup of tea with saffron in a teahouse high up in the quiet hills north of Tehran. Beyond the walls were mules with pomegranates on lonely paths.

There, as almost everywhere in Iran, the locals greeted us with a touching mixture of curiosity and joy. Some stared at each other, while others whispered with urgency. Some came in a hurry with questions and, more often than not, deals from tea, fruit or kitchen meals. 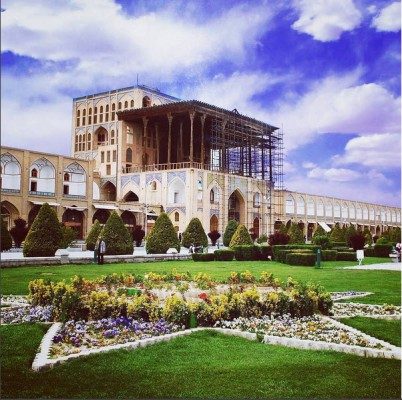 Hopes are high that Iran finally has a corner and a new era is waving. Rahmatollah was characteristic of the situation. “The future, only God knows, but good things come,” he said, looking out over the mountain of Karkas.

Many miles to the south, the city of Yazd was a roaring trade. The citizen dinners were with buyers, the fathers-and-son Kesbside stands with fruit, sweet-smelling rose water and Persian carpets. The busiest place, however, seemed to be the Haj Khalifeh Ali Rahbar, a pastry shop begun by two brothers more than 60 years ago. The place was dusted with all kinds of sugar treated with exotic names such as Noqhl, Loze nargil and qotab.

And while it can not be on a world famous name like other Iranian heavyweights like Shiraz and Isfahan, Yazd proved to be one of the most revealing stops of our two-week tour, especially thanks to the famous Towers of Silence. These great artificial monuments in the desert on the outskirts of the city are where Zoroastrians leave their dead to be eaten by vultures.

We broke the long trip to Shiraz next to a ski slope. The small shrubs, all properly planted in regimental rows that swept the slope, were adorned with maturing shells, like faded rubies dangling from the top. 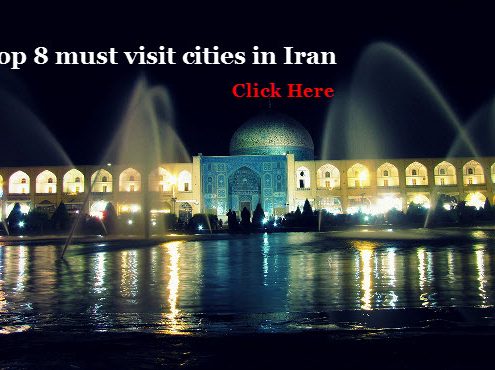 The owner – a farmer on a motorbike – soon came into view. I half expected that he would start screaming to free us from his land and get away from his precious pistachios, but that was Iran. Instead, he greeted us like a long lost family and continued to taste handful of his precious products for us.

But the most memorable person we met was Abbas Barzegar, Richard Branson from Iran, living in the absurdly beautiful Bavanat Valley. In a previous life, Abbas was a humble man who worked on a farm. “I had no money, no cows, nothing, I thought God had left me, now I have a magical business, a garden, a family, even a donkey,” he beamed.

So what brought about this change in wealth? Two German backpackers. Lost and with nowhere to stay, one offered them a free room in Abbas house and an idea was born. With the help of a $ 600,000 subsidy from former President Mahmoud Ahmadinejad, he built his own guest house, which now has 33 rustic rooms, a small museum and even a petting zoo. The success may have gone to the head.

About a breakfast prepared by his wife, served by his daughters, he spoke of his dreams of possessing his own valley, and to populate it with his own tribe, who would wear all the same clothes and be dominated by his little son. Several of us exchanged clear views between the bites of homemade cheese and walnut bread.

Of course, we have not come so far to hear these chatter. We came for the Bavanat Valley, one of the most natural places in Iran: a vast ravine, crumbled by crumbled peaks, strewn with sunflowers, bubbling streams and dusty hiking trails.

A boy of no more than 13 came from a haze of dust, which was kicked by the dozens of goats he tried to flock to. He had only a limited success, his desperate losses were lost among the sandpipes that swirled around him.

After a very comfortable day were the Abedi family. Like the other 14,000 nomads, spending six months a year in the Bavanat Valley (winter on the warm shores of the Persian Gulf), they were busy drinking their cattle and drinking their tea in front of the big tents. Tea was stretched on us and we sat on carpets laid on grass and talked about our respective lands. Mr. Abedi turned his attention to the US citizen in our party. “Why does America hate us so much?”

Iran’s tense relationship with the West regularly plays in the headlines, but there is very little, if any, feeling of hostility from the people on the ground. “The Iranian people do not hate the West,” Abedi said. “They celebrate everything they have brought, but propaganda has made us the wrong impression.”

The future and today’s Iran can be the biggest speeches, but the country’s past is never far from the agenda. Its complex history dates back centuries to the first human settlements around 4000 BC In the following years Persia was conquered and ruled by some of the greatest personalities of history. Cyrus the Great laid the foundations of the Persian empire in the sixth century BC.

His most impressive achievement is probably Persepolis, the mighty capital of the empire, built by Darius the Great. More than 150 years in manufacturing, this ancient city has attracted themes from afar to pay tribute to their rulers. They did not come empty-handed and brought gold, spices and baby giraffes from their exotic countries like Arabia and India.
It was undoubtedly a place of great splendor, but a drunken attack by Alexander the Great started a fateful night Persepolis burn to the ground. This, along with centuries of task (the city was not rediscovered until 1620), took its toll. But the ruins that stand today boast differently. 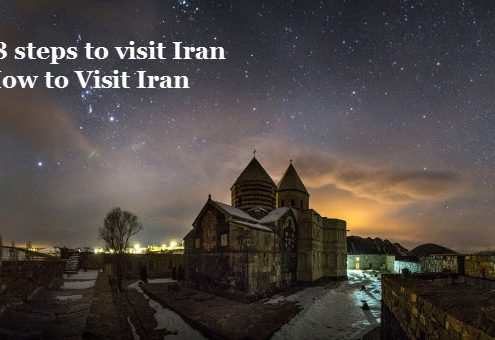 Apart from Persepolis, the tour most awaited stop came at the end. Legends around the legendary city of Isfahan, former capital of Persia, and its splendor. Just as in the days of Shah Abbas the Great in the 17th century, life in Isfahan revolves around Meidan Emam, one of the largest public places in the world. “Only the Tiananmen is bigger,” Majid said with pride. Once the kings were sitting on balconies facing the square and watching polo games played against a backdrop of mighty mosques and madrassas.

Today, Meidan Emam remains a place of euphoria and entertainment. Shoppers milled around the arcades and disappeared in crowded bazaars. Courting couples picnicked on the grass while families rode horses and wagons around the perimeter.

But at his heart, Meidan Emam remains a place that is rooted in religion and tradition. People come to worship at the Shah Mosque, under their huge dome decorated with half a million tiles. A man in a shabby training suit emerged from the crowd and continued to be in the center. He stood right in the middle of the hall and began to sing the call to prayer. Every murmur fell silent as his voice gained momentum, with each note sliding down the glazed walls like honey.

A wave of goose bumps hit my arms and everyone in sight was speechless. It was a delicate and sensitive portrayal that surprised us all. Similar to Iran itself.

Top 8 must visit cities in Iran18 steps to visit Iran | How to Visit Iran
Scroll to top
Need Help? Chat with us
Start a Conversation
Hi! Click one of our member below to chat on Whatsapp
The team typically replies in a few minutes.
farzaneh
Incoming Department