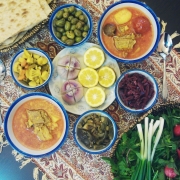 Whilst travelling around Iran you are sure to come across a stunning variety of culinary delights. From traditional stew dishes to succulent kebabs and heart warming soups, each region has something to offer. The variance in ingredients and dishes is partly owed to the diverse climates which exist across the country, resulting in only the richest of ingredients that are used for cooking. Here is a breakdown of the top 11 must-try traditional dishes for you – Noosh-e-Jan! (bon appetite).

Also known as ‘Abgoosht’, this meat and bean broth dish dates back hundreds of years. It is essentially a stew made up of lamb and chickpeas with a tomato base. It is usually served in a stone dish called a dizi – hence the name. 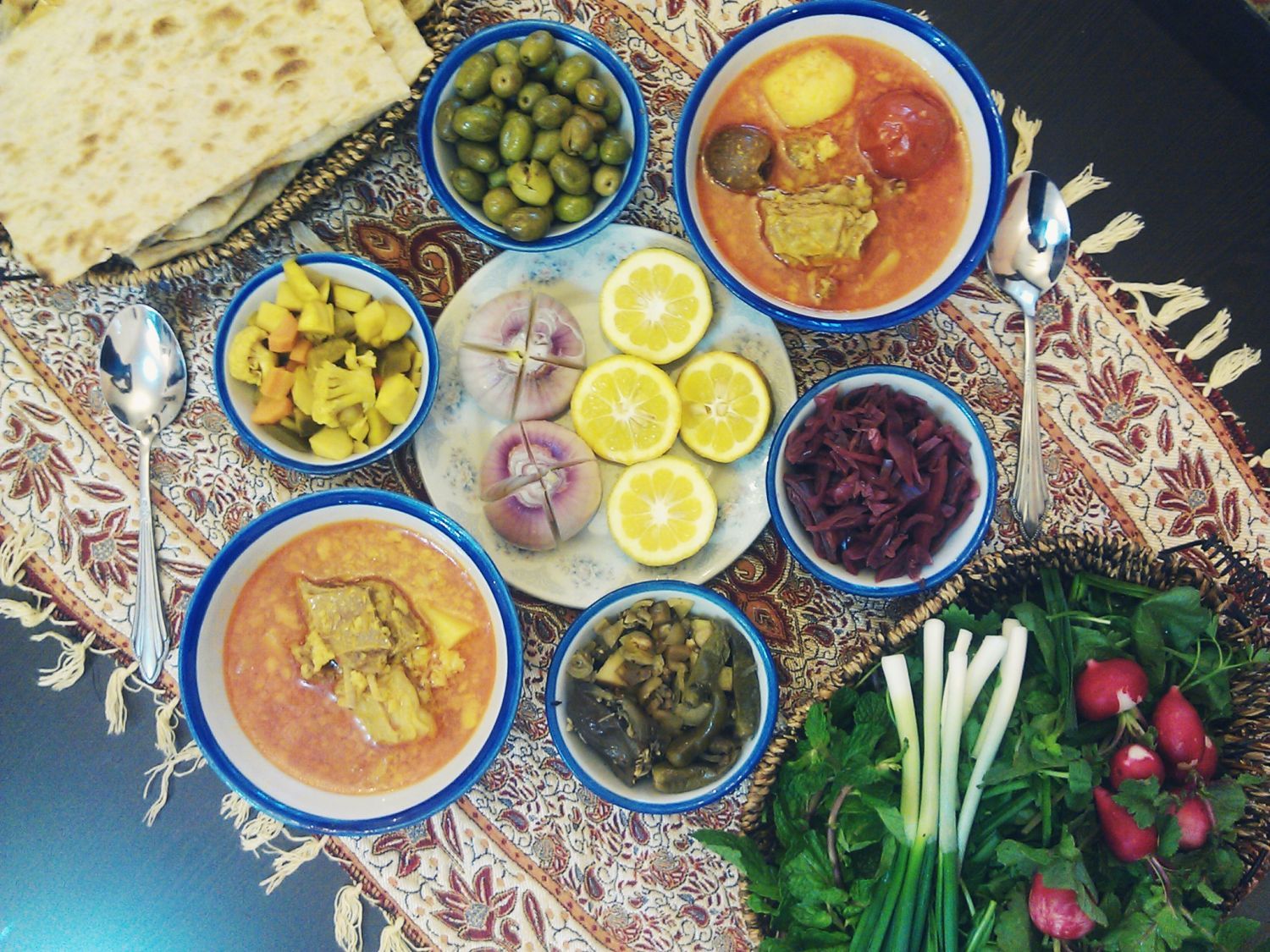 Another heart warming, traditional dish which is generally served in the winter is the soup dish Ash Reshte. Hearty and delicious, this soup is made from chickpeas, beans, noodles and plenty of herbs. 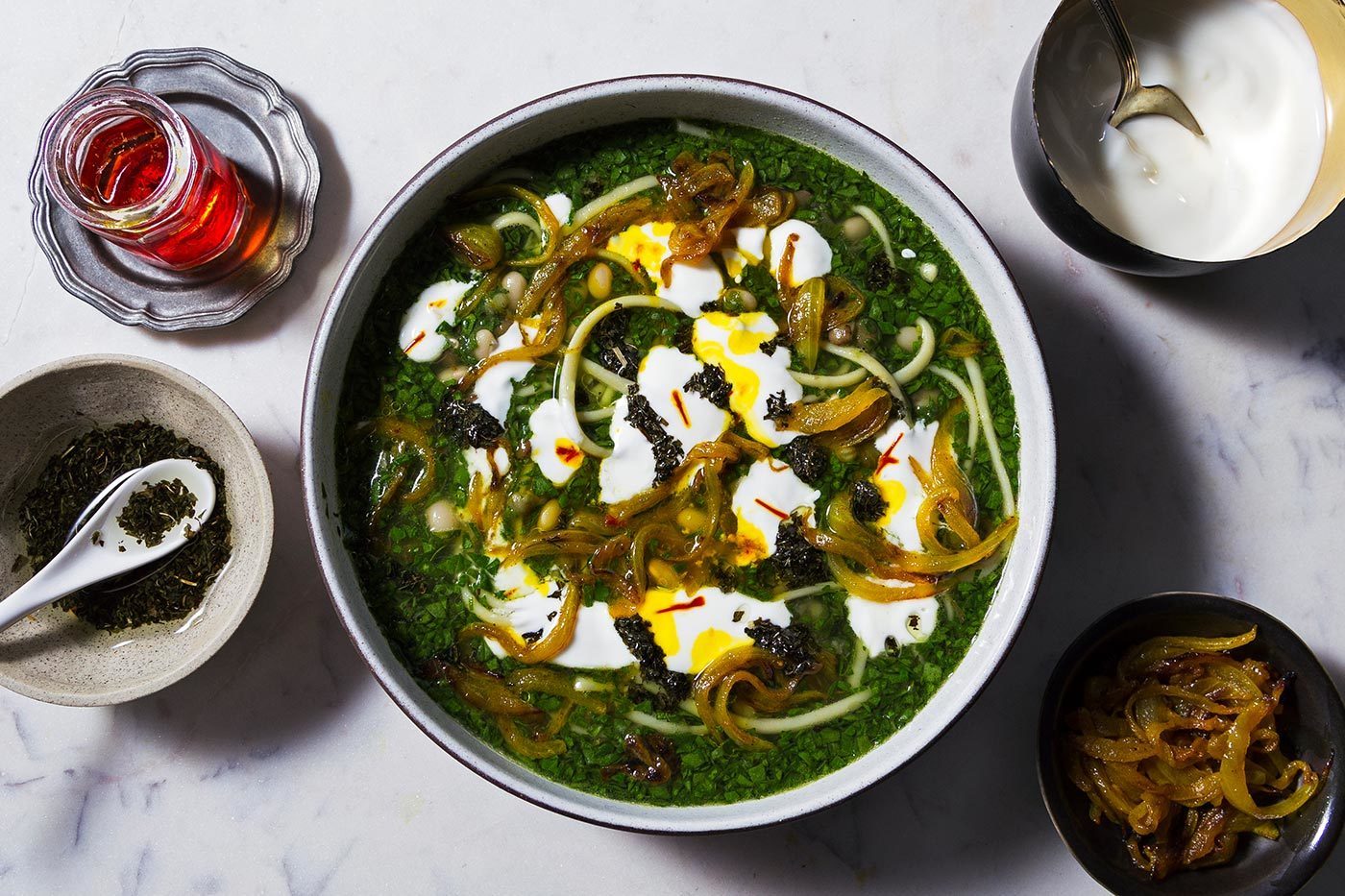 If you’re heading out for dinner in an Iranian restaurant enjoyed by locals then the chances are you will be served kebabs and rice-Iranian style. Iranian style kebabs are known for being particularly succulent and tender, and come in several varieties including koobideh, barg, chenje and bakhtiari. 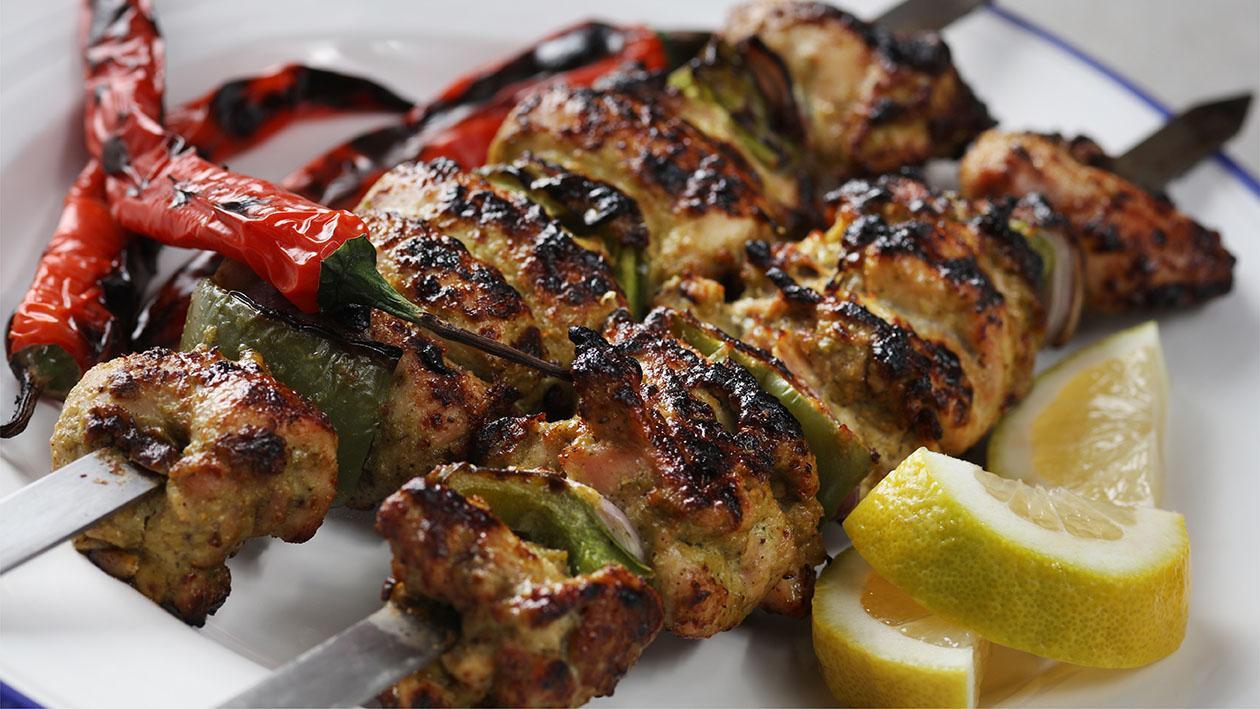 Khoresht Gheimeh is a beef and split pea stew made with dried limes and cooked in a tomato base, usually served with fried potatoes on the top. In the month of Muharram, a holy month in the Iranian calendar this dish is cooked and served on the street to those in need. 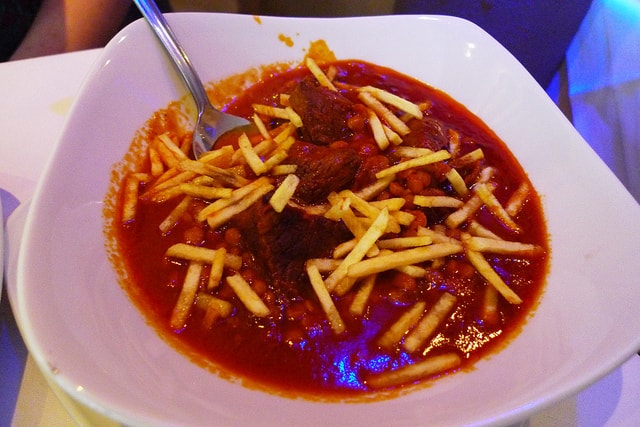 By far one of the prettiest Iranian dishes, Zereshk Polo Morgh is a rice dish usually made with saffron and barberries alongside a chicken and tomato stew. The barberries are a vibrant red and are sour to the taste, making the taste of this dish an interesting one. 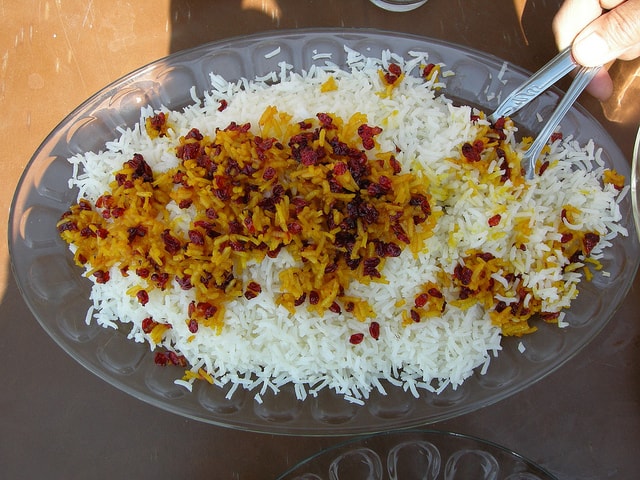 Fesenjan is an iconic dish dating back to the Achameinid Empire in 515 B.C. Made from walnuts, pomegranate paste and chicken or duck, it is common to spot it among the food often served at a wedding ceremony in Iran. At the ancient ruins of Persepolis, archaeologists discovered a tablet detailing the ingredients used to make Fesenjan, making it one of the oldest loved dishes. 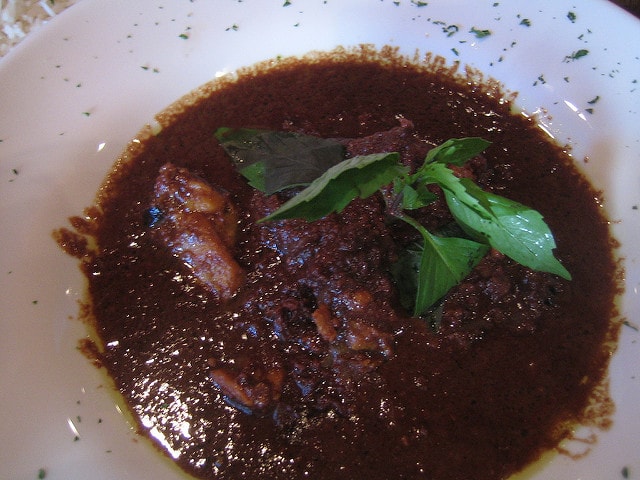 This rice dish is made with saffron, fava beans and green dill, and is usually served with lamb. A favourite in spring time, this is one of the most popular rice dishes in the country. 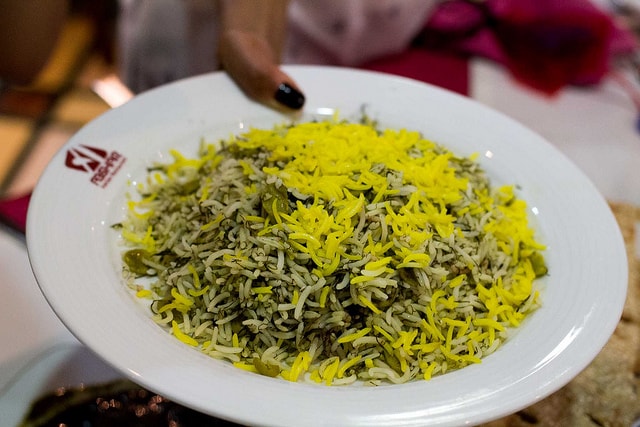 Tahdig is the golden crispy layer found at the bottom of the rice pot. It’s normally eaten as a side dish however there is never enough of it and tahdig often finds itself in the middle of most family rows! 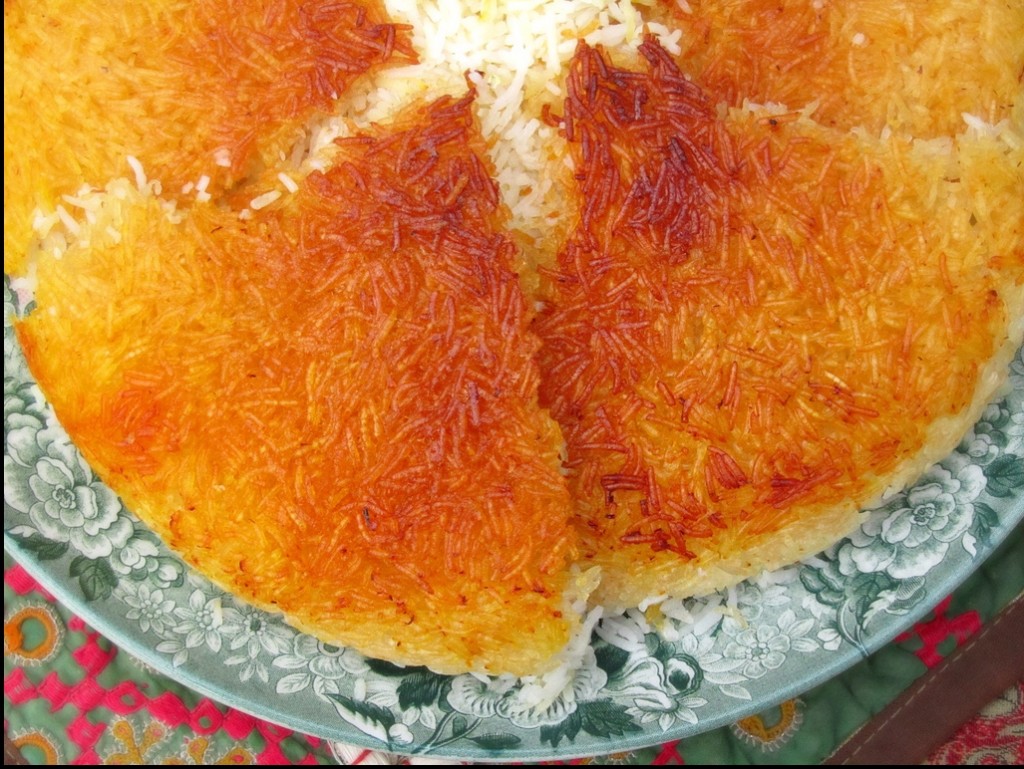 Made from lots of herbs, kidney beans and lamb, this dish is typically served with rice and is another very popular and must-try dish in Iran. 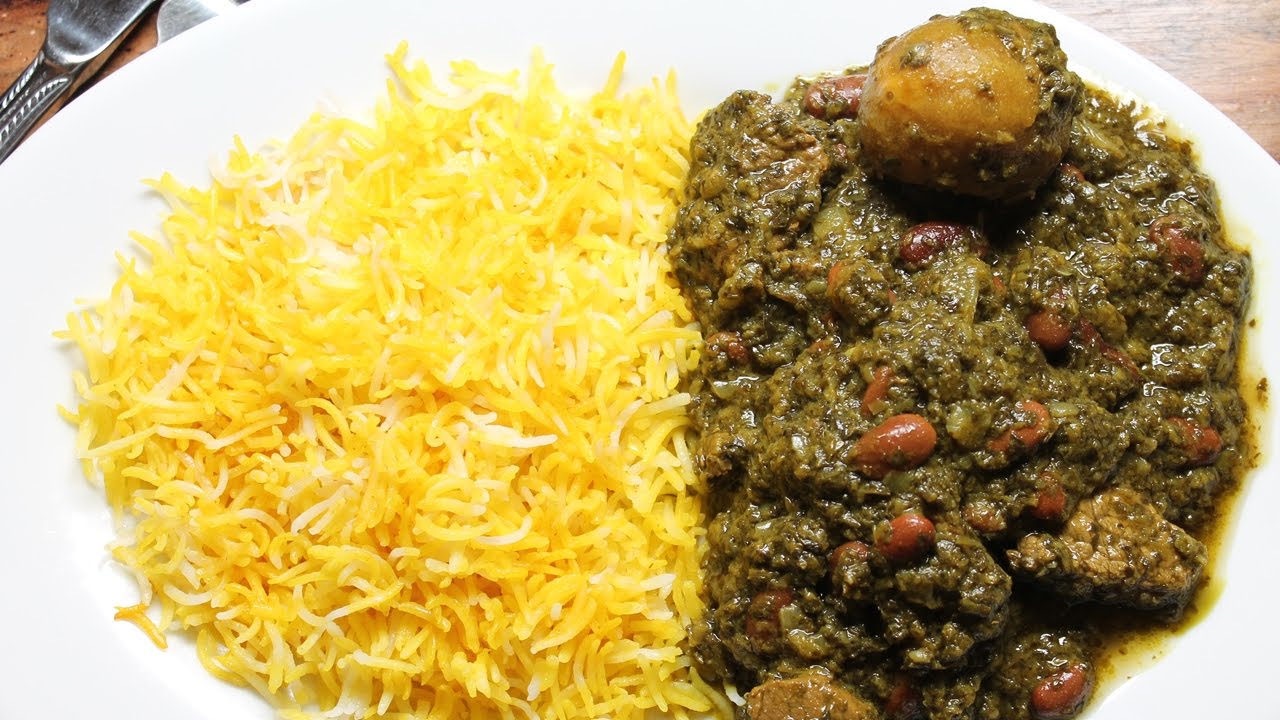 Usually eaten as a dip or side dish, Kashke Bademjan is made up of smoked aubergines and ‘Kashk‘ – a yoghurt whey used commonly in Iranian cooking. This dish is usually served with a delicious Iranian bread known as Lavash. 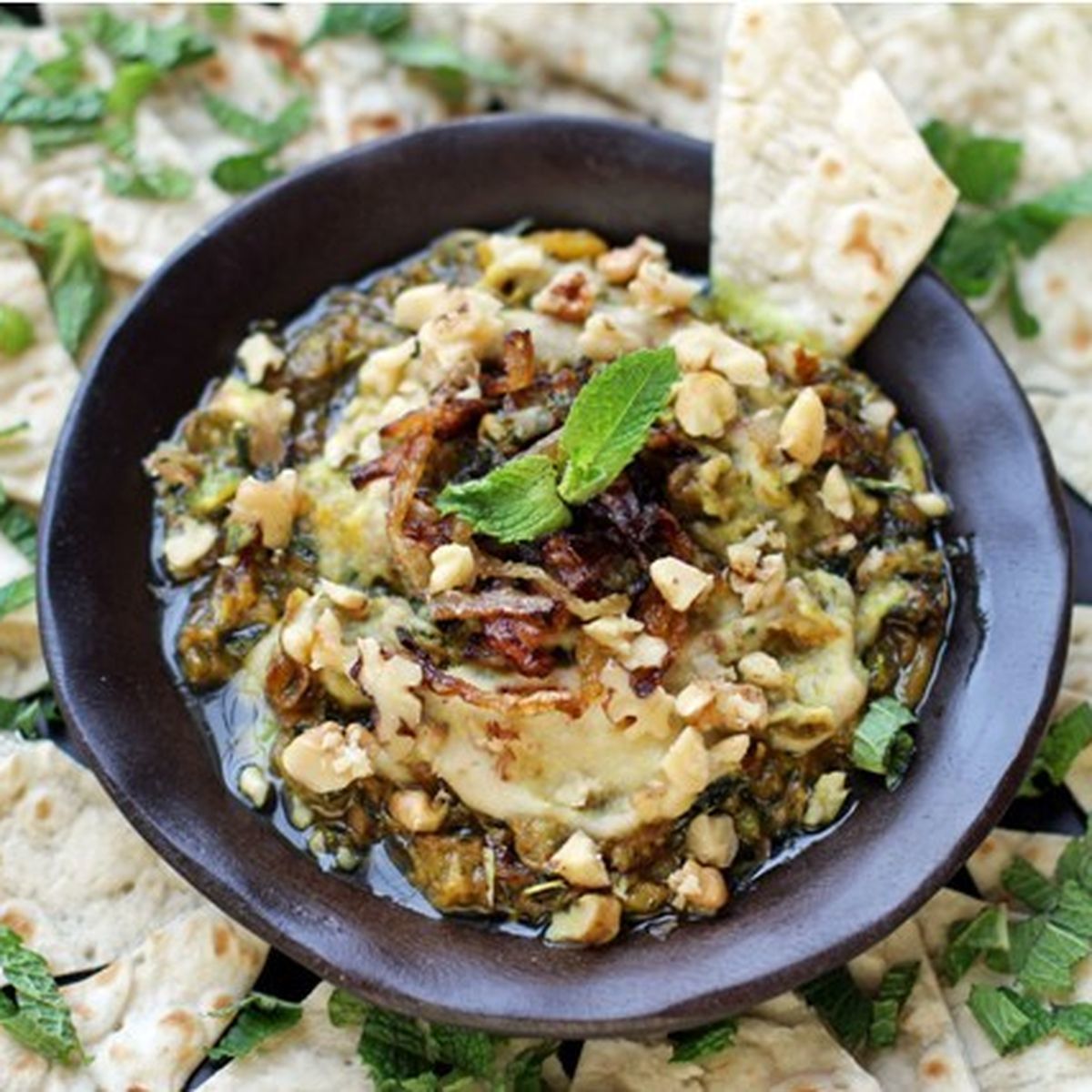 One dessert dish worth trying out is Iranian saffron ice-cream and faloode. Faloode is also a cold dessert, consisting of rice noodles mixed in semi frozen rose water and sugar syrup, similar to a sorbet. Both of these can be found at ice cream shops around Iran and make a delightful afternoon snack in the hotter months of the year. 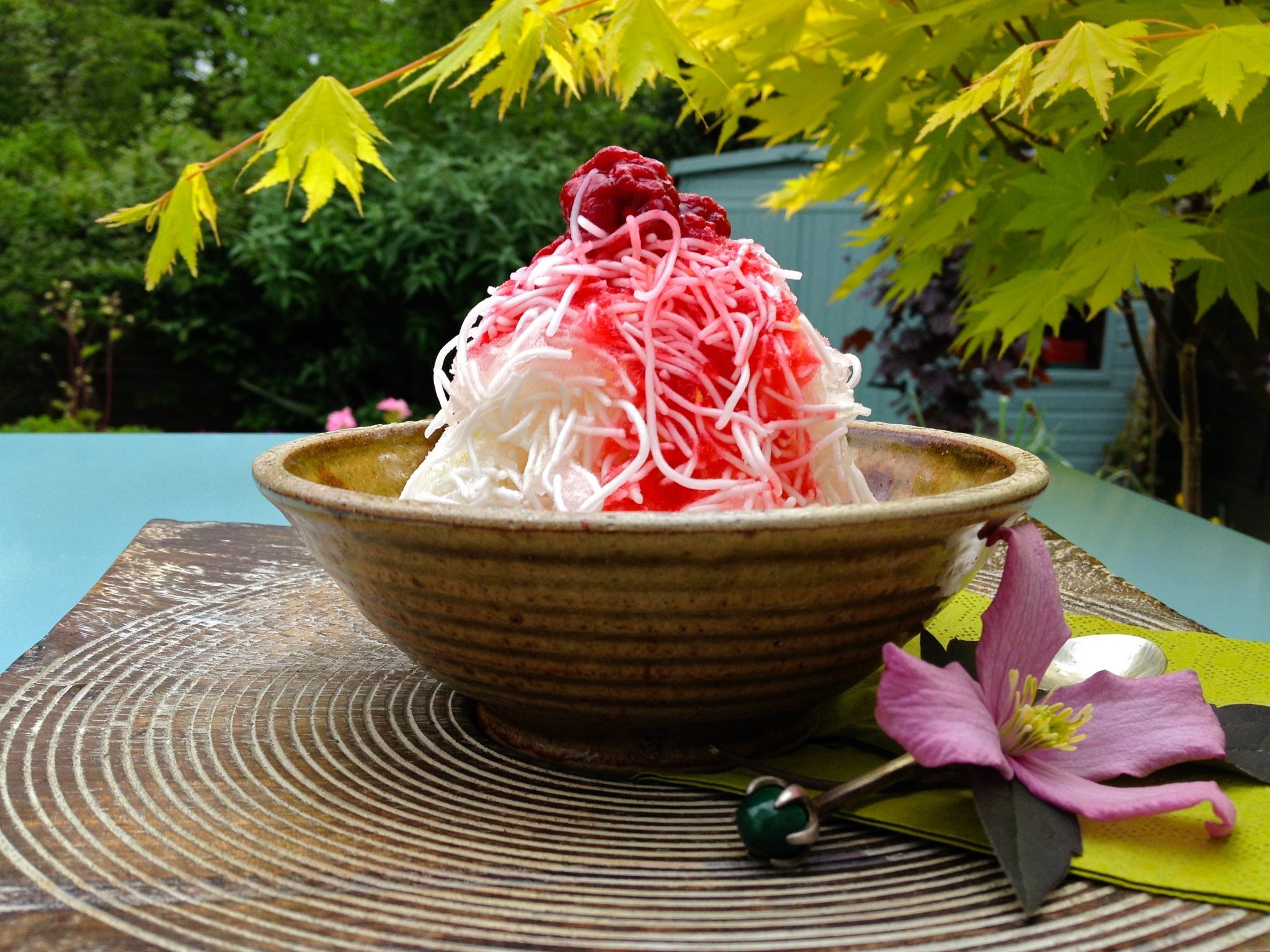 10 Inventions You Didn’t Know Were Iranian

11 Dishes to Eat When You Are in Iran
Accept settingsHide notification only
Need Help? Chat with us
Start a Conversation
Hi! Click one of our member below to chat on Whatsapp
The team typically replies in a few minutes.
farzaneh
Incoming Department