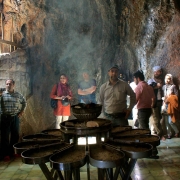 Not far from Yazd is the Zoroastrian sanctuary of Chak-Chak. Although Zoroastrianism arose in eastern Iran, now followers number only about. 10,000 people and Muslims call them infidels. Most of the temples were destroyed, but those that remained, are of great interest to tourists.

Zoroastrianism, or Mazdeism, a religion founded in the 8th or 7th c. BC. reformer of an ancient Iranian religion called Zarathustra. The religion of Zoroastrianism continues to exist until today. In Iran, its followers total only approx. 10,000 people and Muslims call them gabaras (“infidels”). Today, the community of Zoroastrians (zartoshti) is mainly parses of India and the United States. Small communities are scattered all over the world – Iran, Azerbaijan, Tajikistan, Canada, Turkey, Afghanistan.

Although on the maps Chak-Chak is marked as a village, nobody really lives there, except the guard and rare pilgrims on ordinary days. Only during religious holidays, many Zoroastrians from all over the world come here. Located Chak-Chak in 43 kilometers from Ardakan – a small historical town, located on the road Yazd-Tehran. Getting to the sanctuary is not very simple – the flow of cars there is extremely small, most often there are taxis carrying local and foreign tourists. Near Ardakan, you can also see the Zoroastrian towers of silence.

To the temple of Pir-e Sabz, cut down in the thickness of the mountain, there are 320 steps. In Pir-e Sabz, the fire burns and the holy spring beats. According to legend, the appearance of a spring in this place is connected with the escape from the Arab invasion of the Sassanid princess Nikban. Thirsting in the desert, Nikbana followed the order of Ahura Mazda and threw her staff to the ground. Where she did this, she scored a stream. By the way, the name of the Chak-Chak complex came from the sound of drops falling to the floor.

In Zoroastrian temples, called Persian “atashkade” (lit. house of fire), an unquenchable fire burns, the ministers of the church watch around the clock, so it does not go out. There are temples in which fire burns for many centuries. The family of the mobs, to whom the sacred fire belongs, fully carries all the costs of maintaining the fire and its protection and does not materially depend on the help of the bekhdins. The decision to establish a new fire is taken only if the necessary funds are available. 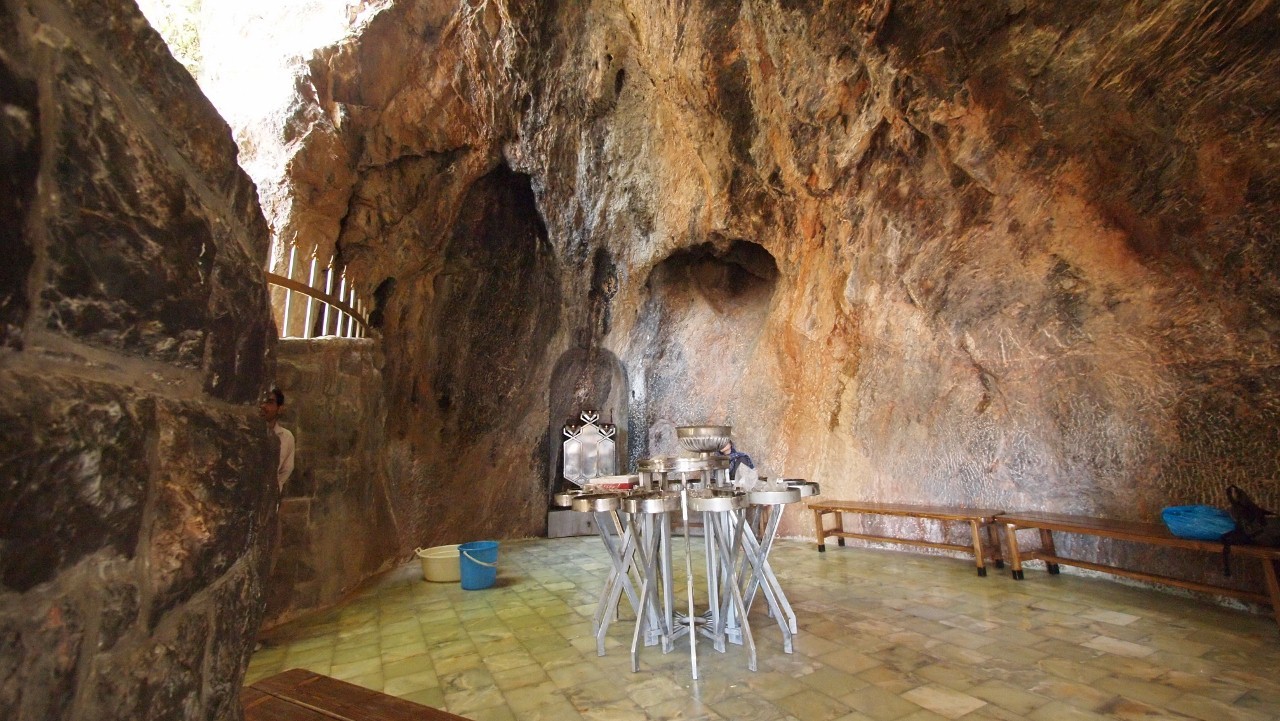 The Moors are guardians of sacred lights and are obliged to protect them in all accessible ways, including with weapons in their hands. This probably explains the fact that after the Islamic conquest Zoroastrianism quickly declined. Many of the mobs were killed defending the lights.

Zoroastrians attach great importance to rituals and ceremonies. The main feature of the Zoroastrian rituals is the struggle against any impurity, material and spiritual. The sacred fire plays an extremely important role in Zoroastrianism, for this reason the Zoroastrians were often called “fire worshipers”, although the Zoroastrians themselves consider this name insulting. They claim that fire is only the image of God on earth.

Garmeh: Desert Oasis
Scroll to top
Need Help? Chat with us
Start a Conversation
Hi! Click one of our member below to chat on Whatsapp
The team typically replies in a few minutes.
farzaneh
Incoming Department