Reaching Nisf Jahan with limited time and unlimited wishes, setting aside all worries of this or that world, fully living in those moments

Treasure remains hidden in distant lands. I can’t exactly describe how and when the idea got stuck in my imagination. I feel a curious combination of mysteriousness and sacredness associated with the wordtreasure. Things like vessels, gold pots, jars, stones, carpets and never-deciphered writings do not come to my mind when I think of the word treasure. Instead, whenever I come to imagine some distant land, a vague yet strongly moving idea of ‘holy mystery’ weighs in on me. 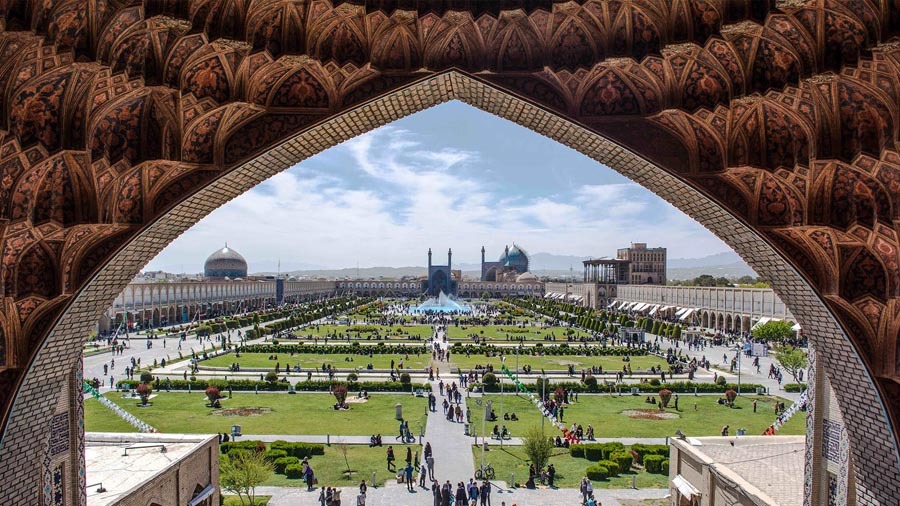 Isfahan epitomised that distant land for me. So when a few years back, I sat in the bus destined to Isfahan from Tehran, I was under the spell of the idea of a treasure that was going to be uncovered in the next few hours. I looked through the window and wondered at Isfahan Nisf Jahan (half the world) and the half-hidden sun.

I dropped the curtain abruptly. Secrets should not be revealed so fast.

In Isfahan, one strongly notices Iranians’ unwavering love for their ancient culture. They have preserved, maintained and promoted old texts, monuments and even rituals.

As I was about to reach Isfahan, I tried to unpack the meaning of Nisf Jahan. People have put this single city against the rest of the world because of its sheer splendid beauty. I too had read and listened about the unmatched beauty, the splendour of its gardens, palaces, mosques, historical buildings, bazaars etc. Suddenly, an idea flashed into my mind: this mundane and the world hereafter both makeJahan-e Mukkamal (the whole world). This particular Islamic interpretation seemed more valid. Muslim Kings have been in pursuit of emulating and creating the Heavenly Paradise as it has been described in the Holy Scripture. Isfahan might have been a copy of Bahisht, the other yet complementing half of the Jahan.

As I got out of the bus, I felt tired, as were the seniors accompanying me. Contrary to my expectations, first impression of Isfahan was more of an ordinary city. The first people who ‘warmly’ welcomed us in the ‘paradise’ were not Hoors or Ghilman but taxi drivers, not speaking Arabic or our mother tongue but Persian. They were looking for good fortune among foreign people while we too were in search of a treasure in a foreign land. A clash of interest was apparent. 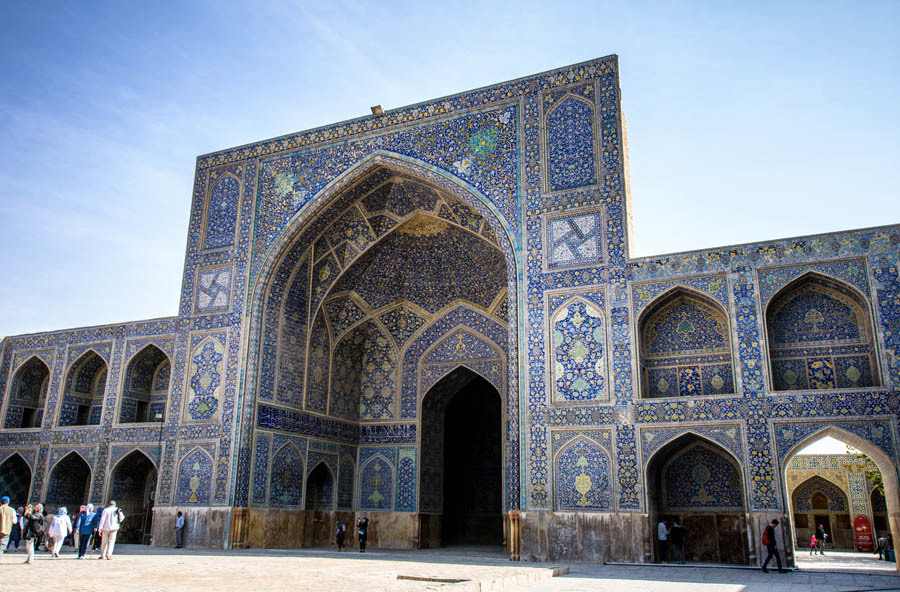 Airports, railway stations and bus stands of all major cities of the world offer a unique opportunity to understand how two strands of worldliness (on the part of taxi drivers) and disinterestedness (on the part of travellers) collide as well as cooperate. Anyhow, we did hire a taxi and arrived at a hotel. It is a long story how we shopped for hotels, bargaining and finally succeeding in getting a room in a comparatively low-rent hotel.

After having a cup of black tea, we left the hotel. I must admit how much I loved the ‘black tea’ in Iran. I couldn’t enjoy Doogh-e-Goshfil and Burgers. Chulo Kababs were delicious but, unfortunately, weren’t for me since I am allergic to rice.

We had limited time — we had to leave for Tehran the next evening — but wishes unlimited. We decided to see all what we could on foot. We started our journey from the main tree-lined boulevard that wasn’t not too far from our hotel. I was reminded of Agar Firdos Bar Roo e Zameen Ast/ Hameen Ast o Hameen Ast Hameen Ast.

It was May which is not hot in Isfahan. It was as mildly cold as Lahore is in February. Cool shadows of breezy trees standing in a symmetrical order along both sides of the wide metallic main road were soothing. Chirping of birds deluded us into a world that is discoloured by globalisation. There were shops on both sides of the boulevard but the bustle of big cities was absent. 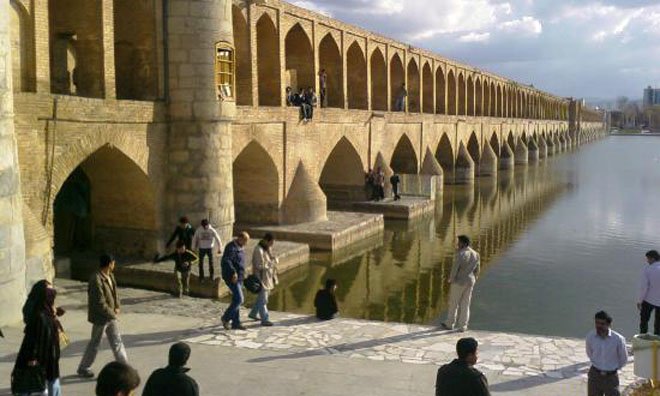 The markets on both sides of the road made it seem like a western city. Most people wore western clothes, except perhaps the headscarf which has been made compulsory after Inqilab for women in Iran. Iranian women seem to have carved a way to assert their freedom by putting on tight jeans and shirts and with an unflinching love for cosmetics.

In Isfahan, one strongly notices Iranians’ unwavering love for their ancient culture. They have preserved, maintained and promoted old texts, monuments and even rituals. They have also incorporated ancient cultural values and ‘world-view’ in their ‘new’ architecture. This we observed while visiting Hasht Bahisht, Maidan e Naqsh-e-Jahan, its adjacent bazaars, Imam Masjid, Chehel Satoon, bridges of Zinda Rood and reliquaries.

Converting to Islam has not made them skeptical, disdainful or disrespectful to their earlier history and its texts and heroes. We in Pakistan need to learn from Iran in this regard.

The most exciting experience was visiting the three red bridges — Pol-e-Khaju, Si-o-Seh Pul, Pol-e-Chobi — built in 17th century by the Safavids on Zinda Rood. They seem to redefine the meaning and purpose of bridging the brinks. If you really want to connect the two shores, you will have to create a kind of ambience that could make the act of crossing a true, deep experience of bridging two different worlds and diverse perspectives.

Crossing Si-o-Seh Pul (bridge having 30 arches) was a marvellous experience. We literally stopped at every step, praising the wonders of architecture.

In the evening, we spent an hour at a café built under a bridge. I could never forget the moments while sipping black tea, listening to the whispering of slow waters of Rood mixed with the twitter of evening birds and radiant faces of Iranian people. In those moments, I was able to set aside all kinds of worries of this or that world, fully living in those moments. I felt fortunate to have finally grasped the ‘holy mystery’ of Isfahan.

Holy mystery of Isfahan | city of ancient culture
Accept settingsHide notification only
Need Help? Chat with us
Start a Conversation
Hi! Click one of our member below to chat on Whatsapp
The team typically replies in a few minutes.
farzaneh
Incoming Department
Faranak
Incoming Department
I will be back soon