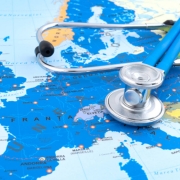 The construction of the Milad hospital as the largest private hospital in western Iran is now in its final phase, according to a Farsi report by Khabar online news agency.

The Milad hospital, which is under construction in the town of Orumiyeh in the western province of Azerbaijan, should be equipped with the most advanced medical technology.

Nearly $ 260 million has been invested to date to complete the first phase of the hospital’s main building, which has been built on an area of 26,000 m². Including the hospital complex, it occupies a 45,000 m² plot in Orumiyeh.

It has various neighborhoods, including maternity, surgery, physiotherapy as well as laboratories, administrative sections and specialized clinics.

The CEO and board member of the hospital, Kamran Jamshidi, said the construction project is underway with private investments from the country’s medical company.

“The idea of the project began to appear in 2010, but it officially began a year later after the purchase of a large land in Orumiyeh”.

He went on to say that the construction process has the full support of the Ministry of Health, the office of the governor of Azerbaijan West and the municipality of Orumiyeh.

Jamshidi also noted that the construction process has grown in particular last year and added the first phase of the project, which includes 100 beds, is already completed and will be operational in the near future.

The construction of the hospital with a capacity of 300 patients will be completed at the end of the current calendar year of Iran (March 20, 2018), he added.

On the main objective of the Medical Association to build the hospital, Jamshidi said that since the Western Azerbaijan suffered from a massive lack of medical equipment, the association decided to take a measure at In this regard and to remove at least a major part of the shortage of medicine in the province.

Jamshidi stressed that the provision of luxurious services to attract tourists is one of the main factors motivating investors of the Milad hospital.

He stated that the main shareholders of the project are members of the Medical Association.

“About 200 people are involved in the project and we hope that all the other members of the Association will participate in the struggle and will collaborate with the project,” he added.

Elsewhere in his statements, Jamshidi stated that 90% Of the hospital’s construction operations were carried out by the local chiefs and added about $ 270 million has been invested so far to operationalize the first phase of the project.

The end of the entire project will cost about $ 540 million, he added.

Another member of the board of directors of the Milad hospital, Hassan Entezami, said that the hospital is the first intelligent hospital in Iran that is equipped with optical fibers. “He is also able to have an online connection with other smart hospitals around the world,” he added.

“The board of directors has decided to employ skilled doctors and send them to countries like Switzerland, Germany, and Sweden for specialized training,” he said.

He went on to say that the council decided to set up a number of apartment hotels near the buildings to accommodate patients and offer them more services.

“So far, the semi-autonomous region of Kurdistan has expressed interest in sending its patients to the Milad hospital for treatment,” he noted.

“The Milad hospital aims to provide medical services to foreigners in order to attract more tourists to the region,” he said.

The hospital also creates jobs for at least a thousand people, he concluded.

Iran’s annual handicraft exports stand at $250m
Scroll to top
Need Help? Chat with us
Start a Conversation
Hi! Click one of our member below to chat on Whatsapp
The team typically replies in a few minutes.
farzaneh
Incoming Department