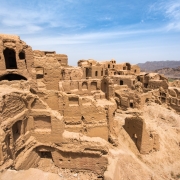 Kharanaq is another town in Yazd district. The word Kharanaq means “the Sun’s place of birth”.

This deserted and crumbling mud-brick village is situated in a remote valley about 70km north of Yazd in central Iran. The site has been occupied for approximately 4,000 years, while the dilapidated adobe buildings that draw foreigners from around the world dating back to 1,000 years ago. This crumbling mud brick city has been occupied by humans for over 4,000 years. There’s a new town situated 2km from the old one where the remaining residents of Karanaq live. Mostly 400 people save for a few elderly people who refuse to leave, but it is the old town that attracts the attention of visitors and photographers. It is a fascinating place to walk through with its winding and decaying alleys, tunnels and spaces, placed in a picturesque valley. 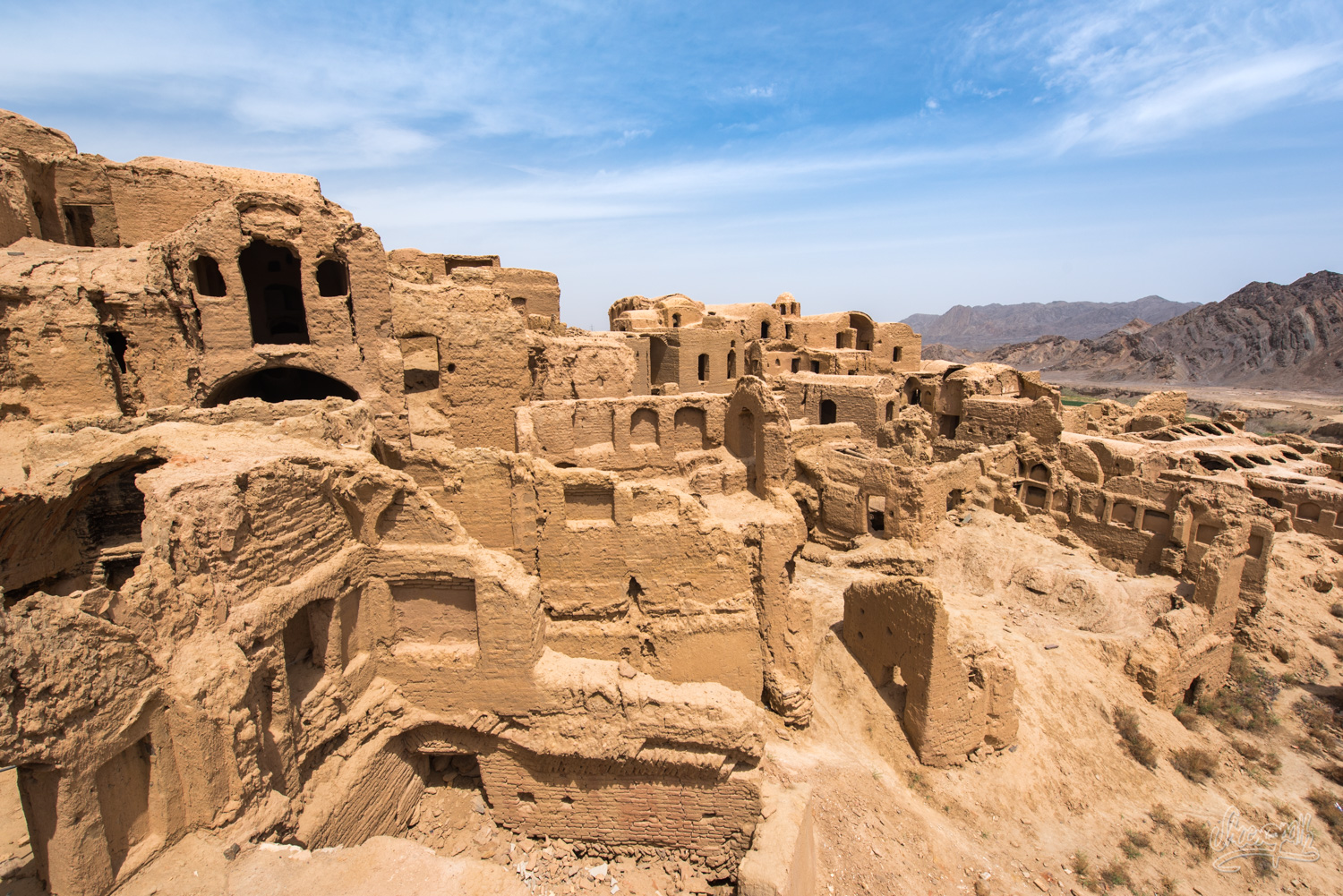 Kharanaq is divided into two parts – the old town and the new town. The old town is almost completely deserted, and the new town is where about 130 families continue to live. The old town was constructed with sun-baked mud bricks, forming one of the largest collections of adobe buildings in Iran. The abandoned town is a photographer’s dream with a labyrinth of streets, tunnels, passageways, and rooms, as well as more impressive buildings such as a tiny mosque, a shaking minaret, and an old caravanserai that welcomed merchants and pilgrims centuries ago. It was once a prosperous farming village, but when water supplies dried up the inhabitants left, leaving the town to turn to ruins. In recent years, a new town was constructed within 2km of the ancient town with government-supplied water and electricity. There have existed cities whose population declined. There are the obvious reasons like war and famine, but what else can cause a once vibrant place to decline in population to such an extent that it becomes practically uninhabited? This is a question that rises while exploring the ruins of the abandoned ghost town of Kharanaq.

The reason that Kharanaq was abandoned may have been drought. Once possessing drinking water and fertile farmland, the city lost the entire lifeblood, and people gradually moved to seek opportunities either in Yazd or the mines nearby. Most people started to leave Kharanaq in the 1940s. Until the 1970s there were still some residents who believed the city was worth saving but even those determined stragglers eventually gave up on Kharanaq. Most of the remaining residents are those who are too old and poor to move about. One of the most eye-catching monuments in the city, and one of the few restored buildings is the 15- metre- tall Shaking Minaret of Kharanaq, dating back to the 17th century, frequently vibrating. Nobody knows why. Visitors to Kharanaq quickly learn that the words “watch your step” are very important, as the city is literally crumbling away and many of the surfaces are less than stable. I’m sure that once Iran becomes the popular tourist destination it deserves to be, lots of tourists will go to Kharanaq to see the ancient ghost town, there’s nobody around and you’re free to go wherever you want in the city.

Nain
Scroll to top
Need Help? Chat with us
Start a Conversation
Hi! Click one of our member below to chat on Whatsapp
The team typically replies in a few minutes.
farzaneh
Incoming Department