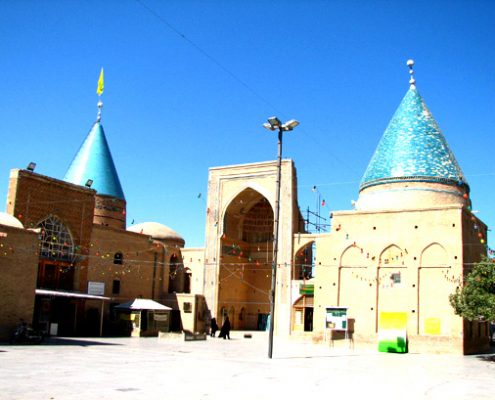 Mysticism is the heart-felt recognition obtained through revelation and intuition. Sufism has been defined in different ways. To better understand these two concepts, one can get a perception by comparing practical and theoretical mysticism.

Practical mysticism is the most audaciously wanted perfection and the highest spiritual interest that expresses human relations and responsibilities within and toward himself, his community and God. It takes a spiritual journey as a way of life.

Theoretical mysticism deals with the interpretation of existence.

It relies on revelatory and heart-felt principles and bases in its reasoning. In fact, Sufism is the practical aspect of mysticism.

Islamic scholars believe that Islamic mysticism and Sufism are adopted from the spirit and truth of Islam, but there have also been influencing attitudes entering into it from the mysticism of other religious communities.

The Islamic school of Basra, a city in present day Iraq, in mysticism and Sufism transformed devoutly Sufism to loving Sufism. The school of Khorasan was strongly based on rebuking oneself in people and/or God’s presence. People’s approval was believed to block their hearts from stepping toward God.

There are various methods in Sufism to be on the way toward the truth:

The Way to Recognize The Truth

It is the residence and private place for Sufis to concentrate on their devoted life. These buildings consisted of bathhouses, stables, dance halls (ceremonial religious dancing), mosques, classrooms and a few other facilities.

A coarse cloak (Kherqeh) has been what a high spiritually ranked Sufi presented to another Sufi of lower rank. They are differently named depending upon various occasions under which they are presented to a Sufi.

Among some orders of Sufis, in occasions like thanksgiving, they follow an old tradition of playing music and dancing. Sama’ is a spiritual means to persuade Sufis to dance, which is mixed with spiritual rejoicing.

The Influence of Mysticism on Human Life

Mysticism and Sufism have influenced the societies they have grown in. True Sufism have put positive impacts on the others resulting in great changes like: producing balance in religions, respecting humanity, teaching uprightness and liberalism, purifying heart, associating with people, tending to cooperation and devotion, leading people toward the truth, introspecting, teaching love and kindness, ignoring the gravity of death, believing in the importance of human beings, helping religion to flourish, helping the richness of literature and so on.

Therefore, Iran’s culture is abundantly indebted its richness to the mysticism and Sufism that is still deeply rooted in its present cultural condition. Knowing mysticism helps to examine the today’s society in Iran as well as other fields impacting people’s lives.

Iran MythsIranian Languages
Scroll to top
Need Help? Chat with us
Start a Conversation
Hi! Click one of our member below to chat on Whatsapp
The team typically replies in a few minutes.
farzaneh
Incoming Department