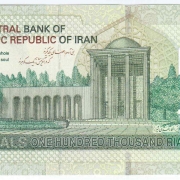 Saadi Shirazi- the nom the plume for Abu-Mohammad Muslih al-Din Shirazi- the great Persian poet of all time, was born in Shiraz in the 13th century. He is one of the most influential Persian poets in the medieval period admired for his artistry in expressing deepest moral and social thoughts in the simplest words for all ages. He is well-known as “Master of speech” among Persian scholars and one of the best poets of the classical Persian literature. His two outstanding literary masterpieces are Golestan (or Gulistan) and Bustan.

The exact date of his birth is not known. According to his qasida poems, he left home to explore the world in 1225, contemporary to the invasion of Mongols to Fars. In Golestan, composed in 1258, he addresses himself as a person who has lived 50 years but he is still naïve and does not know much about life.

After leaving Shiraz, he went to the Nezamiyeh University in Baghdad and studied Islamic sciences, theology, law, history, and Arabic literature. He traveled to different countries such as Anatolia, Syria, Egypt, and Iraq for thirty years. He also visited Jerusalem, Mecca and Medina. He wrote about his travels and adventurous life in both Bustan and Golestan. Joining a group of Sufis who fought against the Crusaders in Halab, the Master of Speech is said to have been captured by Crusaders at Acre and held captive there for seven years. But like many of his other stories such as traveling to India and Central Asia, it cannot be confirmed and is considered highly suspected. But with no doubt, he lived much of his life as a wandering dervish.

Saadi was a man of learning and traveling. Mingling with a diverse group of people from intellectuals, merchants, preachers, farmers, ordinary people and the survivors of the Mongol invasion to Sufi dervishes and even the thieves in remote areas far from the invaded regions, he did his best to study the society and to preach and advise people to gravitate to the wisdom and morality. He finally came back to Shiraz before 1257 CE in his late forties and it was the time that he finished the composition of his masterpiece called Bustan. Apparently, he spent the rest of his life in his birthplace Shiraz and was greatly respected by the ruler and people. He passed away between 1291 and 1294 in Shiraz. He has been titled as Sheikh because of his great knowledge.

His best-known work Bustan was completed in 1257. Bustan is quite in verse. It includes 183 stories in ten chapters about the virtues such as justice, kindness, love, modesty, liberality, generosity, satisfaction and happiness, and the ecstatic practices of dervishes addressing all people to have a better and happier life. It was called Saadi Nameh in older versions. It contains about 4000 verses.

His masterpiece Golestan was completed in 1258, a year after composing Bustan. It is mainly composed in prose. It includes 8 chapters mainly about the kings’ morality, the dervishes’ behavior, benefits of contentment, silence and talking in proper time, love and youthfulness, weakness in old age, and education. Interspersed among the stories are short poems. It is one of the most effective books in prose in Persian literature. Saadi attempts to advise people to live freely and to improve the quality of their lives in Golestan. It contains different anecdotes, pieces of advice, and quotations. It can show the cultural and social conditions of the society at the time of Saadi very well. Some characters and stories are real and some are fictional. It is one of the first Persian books made by print machine in 1824 in Tabriz.

Saadi’s other works include Ghazals (love poems or Lyrics; sonnets), qasidas (longer mono-rhyme poems or Odes), quatrains and short pieces in prose in both Persian and Arabic. He is known as one of the greatest ghazal-writers of Persian poetry besides Hafiz. Many scholars believe the best ghazals are Saadi’s and Hafiz’s. Saadi has about 700 ghazals mostly with the essence of love, and some about mysticism sermons. He uses irony in his works to represent and criticize the deficiencies and corruptions in the society of his time.

Saadi elaborately distinguishes between the spiritual and the mundane aspects of life in his works. He tries to visualize the deepest meanings of life in the most tangible contexts and close to conversational language as far as possible in such a way that even common people can get the most out of his writings. Saadi’s writing style is called Saj’ in Persian and Arabic and it is a kind of prose characterized by rhythm as well as rhyme. In fact, this artistic style of writing reaches its peak in Saadi’s Golestan. His prose style is described as simple but impossible to imitate.

Saadi’s writing style undoubtedly has had a great effect on the Persian language as well as many great poets at his time and after him. There is a surprising similarity between his language and modern Persian. After about 8 centuries, his works are still easy to understand and admirable in different languages. Many of the Persian proverbs have been taken from his works. Some are literally translated as “the proof of the pudding is in the eating”, “what can you expect from a hog but a grunt?”, and “Haste makes waste.”

Among the well-known western poets who translated Saadi’s works are Goethe and Andre du Ryer- the first European who presented Saadi to the west for the first time in 1634. Golestan was translated into Latin in 1651. The first complete translation of Golestan in English was done by Sir Richard Francis Burton.

In one of Saadi’s most well-known immortal poetries, he considers all humans as different parts of a whole body, regardless of social barriers and races:

Human beings are members of a whole,

In creation of one essence and soul.

If one member is afflicted with pain,

Other members uneasy will remain.

If you have no sympathy for human pain,

The name of human you cannot retain.

This poem conveys such a deep humane universal concept that is printed on the ten-thousand-Rial bill to remind everyone of the love and peace in everyday life.

His mausoleum, also called Saadieh, in Shiraz is one of the major tourist attractions. It is located in a beautiful garden beside Delgosha Garden (dating back to Sassanid era). The tomb was built in the 13th century. Unfortunately, it was destroyed in the 17th century. The present-day building was built during the years of 1950 and 1952. It was inspired by Chehel Sotoun and built by the architect Mohsen Foroughi. Many Persian elements have been used in its architecture. It is also a National Heritage Site. It is visited annually by thousands of visitors who respect him and adore the eloquence in his works. Most of the tours to Iran include Saadieh in their itineraries while visiting Shiraz during their travel to Iran. To commemorate Saadi, 21 March is celebrated as the National Day of Saadi in Iran every year.

Hafez, the good Persian poet of the 14th century

Nasir al-Mulk Mosque in Shiraz, the purple aggregate of artwork and structu...
Scroll to top
Need Help? Chat with us
Start a Conversation
Hi! Click one of our member below to chat on Whatsapp
The team typically replies in a few minutes.
farzaneh
Incoming Department