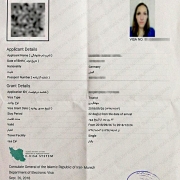 To alleviate tourists’ concerns over US sanctions on individuals visiting Iran, Passports of travellers entering Iran will not being stamped.

The initiative is a direct countermeasure to a travel restriction put in place by the US after Trump issued an order in March 2017, restricting travel to the US for those who have visited Iran, in addition to Libya, Somalia, Sudan, Syria and Yemen. 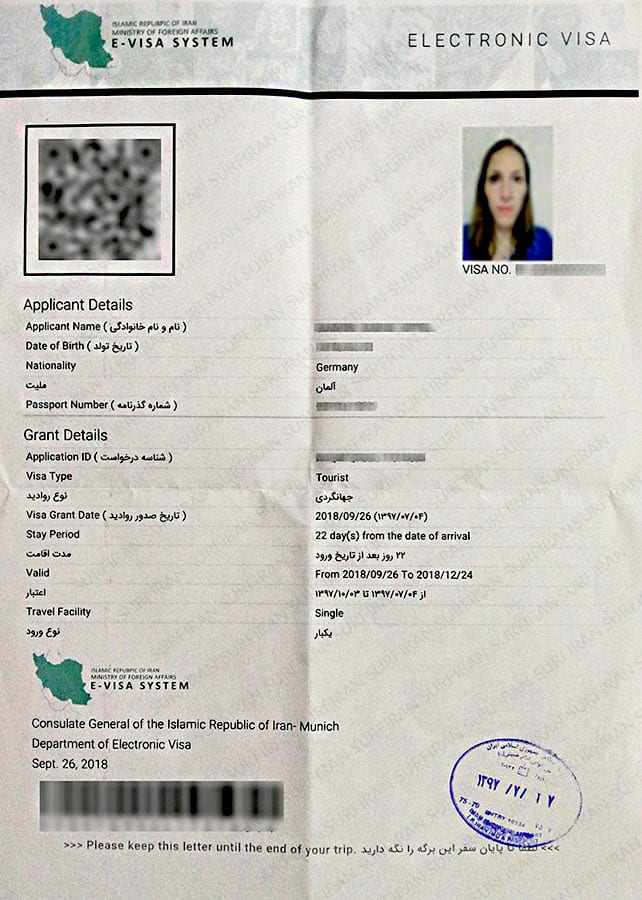 It was implemented from the first day of the second half of the Iranian year on Sept. 23, a Ministry of Foreign Affairs statement said, adding that the measure has been communicated to all representative offices of the Islamic Republic abroad as well as domestic airports.

The initiative, which was previously piloted in Iran’s offices in Doha, Muscat and across the Imam Khomeini (Tehran), Mashhad and Shiraz international airports, is part of a bigger support package to stave off the detrimental effects of US sanctions as well as the ongoing currency crisis facing the country’s tourism sector. 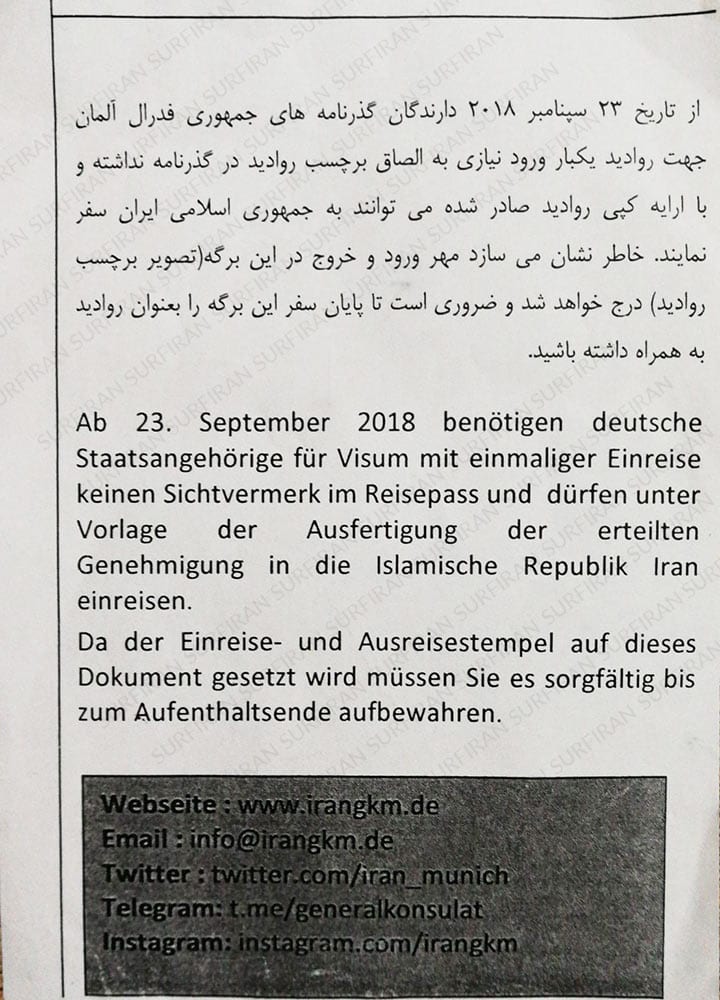 A note at the Iranian Embassy in Germany emphasizes that from September 23, 2018 passports of travellers entering Iran will not being stamped.

Foreign tourists from neighboring countries that have common land borders with Iran, including Iraq, Pakistan, Afghanistan, Azerbaijan, Armenia and Turkey, as well as those from the US, the UK, Canada, Jordan, Colombia, Bangladesh and Somalia, are not part of the new initiative, meaning that their passports will be stamped.

Top Tips for Traveling to Iran and Things to Know

Iran Has Introduced E Visa (Iran Digital Visa) Provider
Scroll to top
Need Help? Chat with us
Start a Conversation
Hi! Click one of our member below to chat on Whatsapp
The team typically replies in a few minutes.
farzaneh
Incoming Department