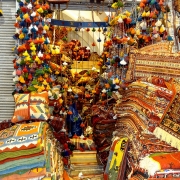 What are tourists writing after traveling to Iran?

Reading travelers’ travel logbooks is always a great opportunity to better understand the cultural and historical features of Iran
“Iranophobia” and “Islamophobia” are not a new milestone for the world’s media that are always trying to understand the people of the world Iran is a scary place.With all of this, there are always people who are still choosing to travel Iran.
People whose warnings have not prevented them from traveling to Iran.Consequently, the contrast of the image of these tourists with their observations is very different.These differences have made their travelogues full of loving and contemplative points of Iranian culture.

The compliments of the Iranians have made us crazy

The tourists post their travels to Iran, on their blogs and personal pages.One of the points that most tourists mentioned about traveling to Iran is about the “compliments” of Iranians.This old Iranian tradition has troubled the tourists.
James who had traveled Iran says: The compliments of the Iranians are like nightmares for me.But Marihia writes about this custom of Iranians on his blog saying: “You always have to insist on paying taxi and restaurant money, but Iranians pretend they do not want to get money from you.”With the compliments of the Iranians, it is as if the host is required to provide anything that the guest likes and the guest is equally duty to reject them all.But Maria says” Iranian compliments is their attempt to show their generosity”There is a complicated law in Iran called compliments, of in your compliments, you have to do something or suggest something that you do not even come up with yourself,Even a taxi driver and marketer will offer you to their services free of charge,But you have to be careful and do not accept, because accepting these compliments in Iran is not good.Dealing with the compliments of the Iranians for foreign travelers is such as walking on the minefield. 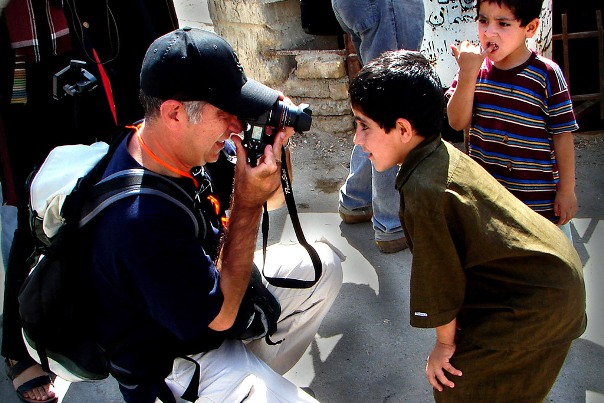 What are tourists writting after traveling to Iran

Bakery and drawings of one of the Iranian currency units

One of the serious problems with purchasing you in Iran was not the coin and the wise money so that getting 2000 rials or 500 rials(less than one cents) in Iran’s purchases is almost impossible.However, you think, What do they do when they do not have the money to give you back?They give you a sweet instead of money?Ye, it is, A sweet! (With laughter)They always have a pack of these sweet things, If they do not have a small amount of money, they will throw one of them in your bag as if you are paradise, for those who love the sweet! ”

One of the interesting things for the tourists is the Iranian’s Glue on their nose.One of the tourists has said that he has seen a lot of people with a plaster on their nose.One day, at one of the restaurants in one of the big cities, I saw a young girl aged twenty, who had exactly the same glue on her nose, and told me that she held these glues more than she should hold on her nose, Show that nose surgery.All Iranians have a special focus on the nose and this is a “national obsession” for them.

Most questions that Iranians ask

“Everywhere in the world people are lovely, but wait to go to Iran” is a statement that Daris has written after his presence in Iran.He says all the Iranians have several reactions in the face of foreign tourists.”As soon as you arrive in Iran, a number of things are quite clear. Iranians are very curious about foreign tourists.When you cross the border, the local people on the street warmly welcome you and say “Welcome to Iran.” The people of Iran always have three main questions: where are you from? What religion do you have? What do you think about Iran?

Iranians are not bombers

One of the things that foreign tourists do after traveling to Iran is to eliminate the common misconceptions that the world has about Iran.Some of these perceptions about Iran are so scary that when you speak of Iran as a tourist, you see the fear in the face of others.People think Iranians are Arabs! But they are not.People think they are bombing in Iran, but they will never do that.People think Iranians hate the West, but they are not.These are part of the truth of the Iranian people, which you yourself should observe and touch. 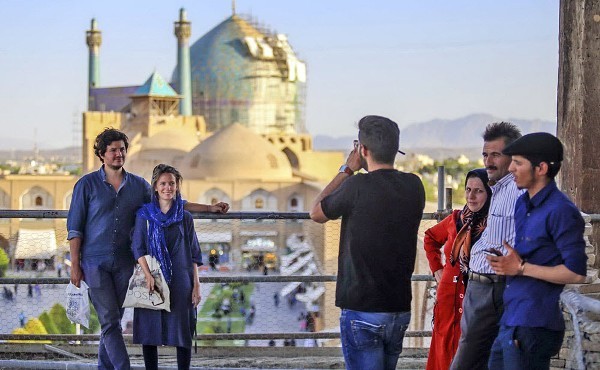 What are tourists writting after traveling to Iran

The Iranian people are so kind

Most tourists say Iranians are the warmest and most welcoming people ever seen.”The Iranians are willing to ride hundreds of miles with their car with you, even if their route is completely different.Or better, They bring you to the path you are looking at, which is tens of kilometers away, and then they say, “Yes, this was my route to buying some things:
For Iranians, the guest is very respectable.And in the Iranian people’s culture, it is the God’s friend.
Maybe when you read this, say why?All this has one similar reason: that the Iranians are wonderful.They are sometimes too good!Nicholas also says about the moral character of the Iranians,”You do not even need a handbook in Iran. You just have to be in a stunned face on the street to see how an Iranian invites you to his home.In Iran, wherever you are, when you pull out the map, there is always someone to help you. If you look a little thirsty, there’s always someone to invite you to a tea.After a few minutes, your new Iranian friend invites you to his home.

Price range emblem easyHotel is aspiring to mission into Iran
Scroll to top
Need Help? Chat with us
Start a Conversation
Hi! Click one of our member below to chat on Whatsapp
The team typically replies in a few minutes.
farzaneh
Incoming Department