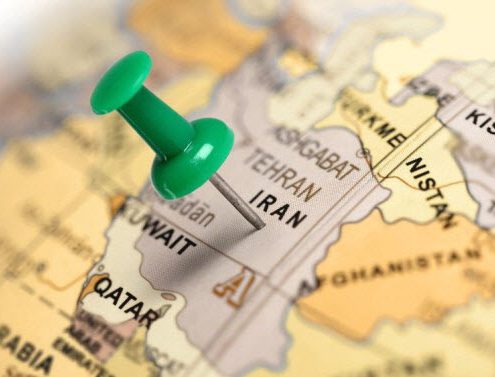 Iran country is full of spectacular attractions that strike many eyes from around the world.
The history, architecture, culture, nature and other Features of Iran have led tourists from many other countries to come to Iran.
The media in the world do their best to provide a very different picture of the reality of Iran.The inhabitants of the West hear the name of Iran reminding them of nuclear energy, war, and terrorists, and never count on it as a tourist destination.There are many who do not care about this.They hang their bags and go to Iran to touch themselves closely to the reality of this country and its people’s culture.All of them, upon arriving in Iran, see everything different from what the media says, and they say to their relatives when they return from a trip.The images published by tourists and their travelogues from Iran have undermined all previous media equations, making Iran’s name the top destination for many tourists. 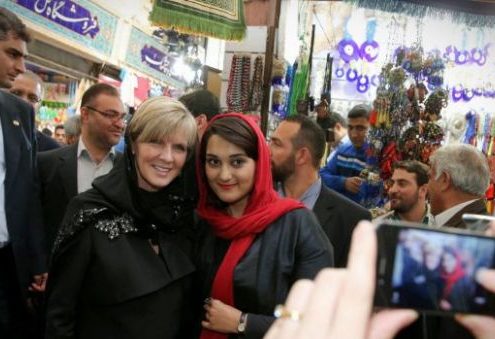 In this article, we will pay attention to the views of tourists who had traveled to Iran.

1-Iranians | Hospitable people
One of the features that most tourists point to is Iranian hospitality. 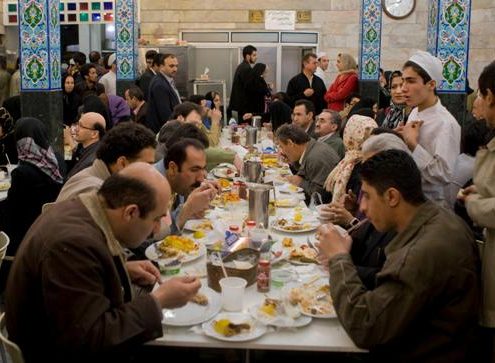 Chris Nielsen(Oct 2016):
My wife and I traveled to Iran with a tour.It was a B.B Tour.So it was the best time to leave the hotel and visit the people and local restaurant and talk with them.In Iran, all people are trying to talk to you somehow.They had a very warm and friendly behavior with us.They initially thought that we were German or French because there are many tourists from these countries in Iran.As soon as they realized that we were Americans, people quickly asked us: “What do you think about Iran?It is important for them to figure out what image of their country is in the minds of others.When walking on the streets, many said: “Thank you for traveling to Iran”.Even those who did not know English were welcomed to us as a stranger by body language, for example by putting their hands on their hearts.
One time we went to a mosque during prayer.We thought we would not be able to enter.But although men must be separated from the women in mosques, they should allow us to sit side by side and watch them.This experience demonstrates their hospitality and was wonderful for us. 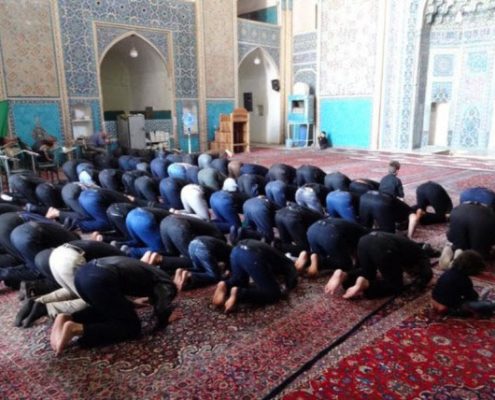 Cynthia DeKay(May 2012& Jul 2016):
Media in the West are trying to make Iran a backward country with violent people, but Persian awaits you in Iran  completely different.The Iranian people, especially in Isfahan and Tehran, know English well and you can easily communicate with them.Iranians are educated, friendly,  hospitable and intelligent people with good technology.I once stood at a gas station, talking with a truck driver and ask him with the Persian language.At first, he did not understand what I meant, but he could communicate with me a little later.There were a lot of watermelons in the truck, the driver picked up one of them and gave me as a sign of respect and greetings.

2-The Iranian separate the American people from the government of this country.

Esther Hui(Apr 2016):
The historic hostility of Iran and the United States is particularly popular, And I imagined that the Iranians did not like the Americans.But I saw the opposite in Iran.The Iranian people, while hostile to the US government, separate the people of this country from its policies and behave very kindly.The US government’s ban on traveling to Iran has made me very worried.Because it may ruin the imagination of the Iranians towards the Americans and imagine that this travel ban is also demanded by the Americans themselves.

Cynthia DeKay(May 2012 & Jul 2016):
You will be amazed at the extraordinary sense of security that you have in Iran.The number of street crimes in this country is much lower than in other countries across the world and even in Europe.The people of this country have no hostility with Americans and love to communicate with new tourists from all over the world.

Chris Nielsen(Oct 2016):
When we stood in a square in Isfahan, we saw one of the anti-American banners.The people saw us taking pictures of this banner, They came to us and started talking, They said that the people of Iran, love the United States people, but they do not understand the policy of this country and tried to make us understand that the banner is not meant for the American people. 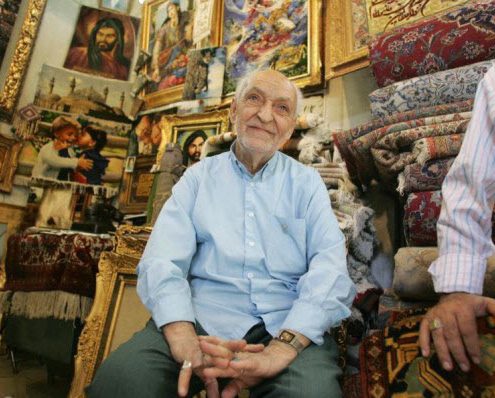 Esther Hui(Apr 2016):
Try to get a table in Iran with an Iranian family Because the best foods in your home are not restaurants, We ate delicious food in Iranian homes, But One of the most memorable promises of our food was the plum chicken stew with Iranian rice cooked by the mother of a native family in Iran.Along with these delicious dishes, the smell of fresh bread gives you a fresh breath.Older people know less English, but young people will easily communicate with you and gives you the opportunity to learn more about their country and their culture.

Chris Nielsen(Oct 2016):
My wife loves street and house foods and savors fresh flavors on the journey.We were very disappointed in Iran when we found out that we are planning to go to the restaurant for more food.The menu for most restaurants was the same.But the best food we ate during the trip was unforgettable homemade barbecues. 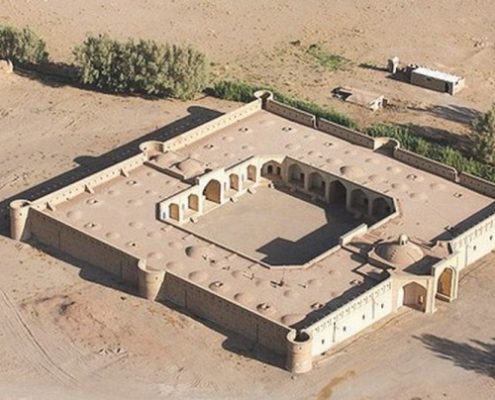 4. The Caravanserai that you will never forget

Esther Hui(Apr 2016):
One of my best memories of Iran was staying in a caravanserai in the middle of the desert, which turned into a hotel.Accommodation in this place takes you to the Middle Ages.Describes a time for you when the caravans and merchants stayed at this place, they ate food and traded and continued their journey on the Silk Road.

Cynthia DeKay(May 2012 & Jul 2016):
Ali Ghapoo Palace and Vank Church in Isfahan, Silence Tower in Yazd, Zein o Din Caravanserai, watching the sunset on the roof of Yazd home or Nature bridge in Tehran All are attractions that will never be erased from your mind.Among the delicious Iranian experiences, Fallod e Shirazi, which is the most delicious way to deal with heat, and you should not lose sight of visiting Shiraz.Drinking Iranian tea with sweets is one of the most important experiences that you do not forget.

Nicole Beattie(Nov 2016):
From the mirror-work of the Golestan Palace in Tehran up to desert and grassland in central of Iran, all have all their attractions and are stunning.
Visiting the Tehran carpet museum with a collection of rugs from the third to fifth centuries BC was one of my best experiences on this trip.The Museum of Reza Abbasi is another unique attraction of Iran with a collection of Iranian art related to the 2nd millennium BC.
But if you are not interested in history and architecture, you can not ignore Persepolis, the capital of the Achaemenid, and do not be surprised to see the pillars and the beauty of this palace.The Treasury of National Jewels of Tehran is a place that you should not miss at all.A collection of royal crowns and royal jewelry can be found at this museum.

6. Isfahan should not be missed

Esther Hui(Apr 2016):
One of the most prominent cities in Iran is Isfahan.This city is known as half the world or the museum city.The most beautiful historical sites in Iran from 2000 years ago are visible in this beautiful city.The bridges over Zayande Rod (River) and also Imam mosque are the best beautiful scenes that you can watch at night.

Chris Nielsen(Oct 2016):
Isfahan was my favorite city on a trip to Iran.You can see the art in all part of this city.Colorful tiles, large and blue dome of mosques, Clean streets, nice Bazar and beautiful bridges over Zayande Rood are all that you expect from a tourist city. 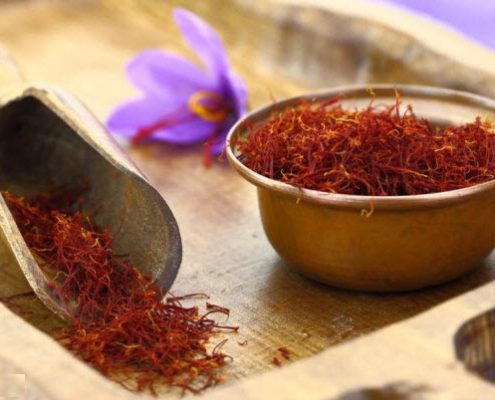 Esther Hui(Apr 2016):
I love saffron, but because of its high cost in the United States, I’ve consumed very little of it.On my trip to Ira, I realized that 95 percent of the world’s saffron is produced in the country.In Iran, saffron is one of the ingredients in the preparation of many foods.I was very surprised that I could buy saffron at a very low price. 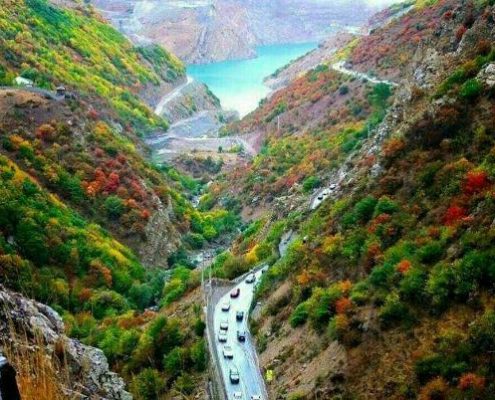 8. There is always a new attraction

Esther Hui(Apr 2016):
This time I go to Iran, I want to see the Treasury of National Jewels of Tehran.There are eye-catching Crowns and Necklesses in this museum.Last time I hadn’t enough time.

Cynthia DeKay(May 2012 & Jul 2016):
There are so many things in Iran that I could not see.For the next time, I will go to the Caspian coast and I will enjoy the Mediterranean forests.

Chris Nielsen(Oct 2016):
I would love to see Iran’s forests, Next time, I will spend more time wit the Iranian family.