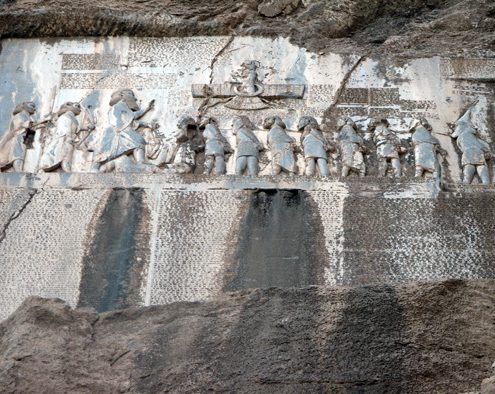 A closer view of Achaemenian inscription & relief at Bisotun

This ancient archeological site is one of the most outstanding historic  attractions of Iran. It has got its name from a relatively perpendicular mount by the same name where it is located. A prehistoric cave called “hunter’s cave” indicates this place has been a human shelter since 40,000 years ago. The ancient trade route between the Mesopotamian and Iranian merchants used to pass by a valley in front of this mount. There are some remnants of Medes, Achaemenians, Sassanians, Ilkhanids and Safavids here that were created several centuries later. I’m going to introduce them at this post:

After the death of Cyrus the Great, the founder of Persian Empire and Achaemenian dynasty, there was a chaotic situation across the empire about who was his son to ascend the throne. At such crucial time, a few people falsely introduced themselves as Cambyses, his son. When Darius I and other Achaemenian nobles realized the pretenders’ plots, they decided to stop them, save the country and bring law and order back to the nation. Therefore, in a period of approximately less than 2 years, he suppressed these liars and ordered the truth to be written on parchment and potsherd to be distributed everywhere and carved on the face of the mount Bisotun.

This large cuneiform inscription carved on mount Bisotun is the world’s largest inscription ordered by Darius the Great to be inscribed at this site. It explains what the true identity of these people were, where they had come from, who they had pretended to be and how they were arrested. The bas relief also illustrates the story in a scene in which 9 rebels are tied to one another in a row and a magus, the priest, called Gaumata under Darius’ foot.

The decipherment of Bisotun inscription largely contributed to the understanding of cuneiform as well as understanding of ancient civilizations. In this sense, it can be compared to Rosseta Stone in Egypt.

Other Historic Monuments in Bisotun Area

The most significant monuments and historic remnants are: 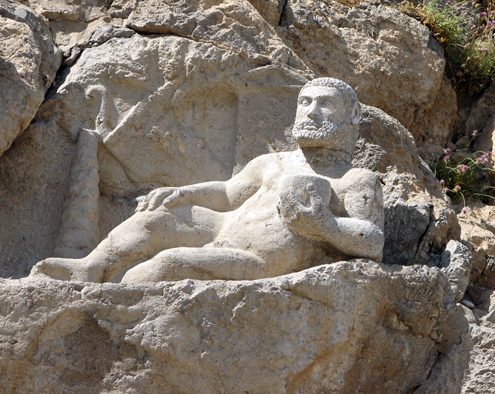 Statue of Herakles Recumbent at Bisotun 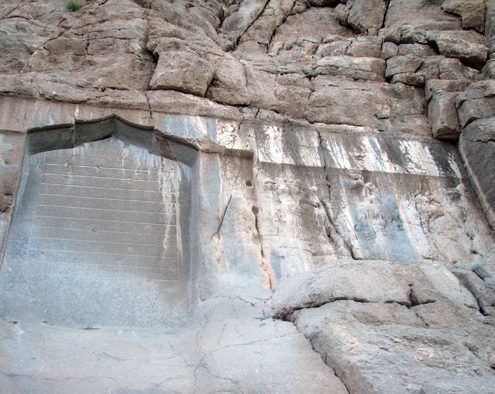 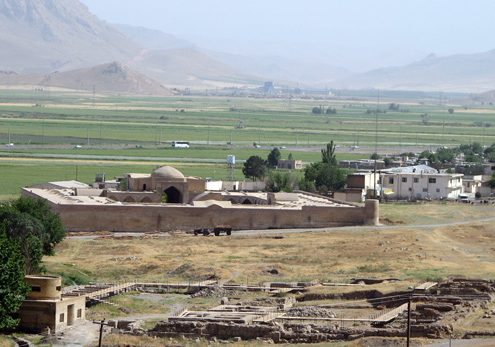 A general view of the remnants of Ilkhanids & Safavids’ caravansaries

A Short Visit to Soltaniyeh MausoleumShahr-e Sukhte A World Heritage Site at South East Iran
Scroll to top
Need Help? Chat with us
Start a Conversation
Hi! Click one of our member below to chat on Whatsapp
The team typically replies in a few minutes.
farzaneh
Incoming Department