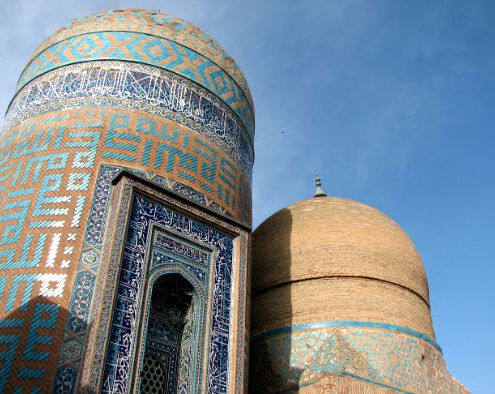 Shah Ismail ascended to power in early 16th century and founded Safavid dynasty in North West of Iran. He and his successors were the followers of a Sufi who had died three centuries before their time, but had kept his popularity and respect among the people. The World Heritage Site I’m going to explain here is the burial place of Shah Ismail and Sheikh Safi as well as a few other dignitaries of Safavid Era. It’s named after this Sufi: Sheikh Safi al-Din Khangah & Shrine Ensembles.

Who Was Sheikh Safi al-Din? 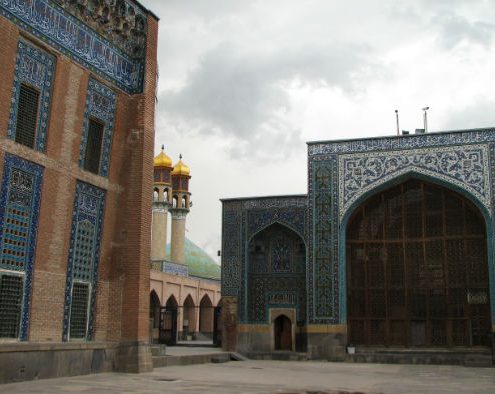 This Sufi used to live 700 years ago, meaning 3 centuries before Shah Ismail came to power. He was the son-in-law of the Grand Master of Sufi orders in Iran, Sheikh Zahed Gilani. As a spiritual leader of his time, Sheikh Safi inherited Zahediyeh from his master, a Sunni Muslim, and transformed it into his order called “Safaviyya”, believing in twelve Imam denomination of Shiite branch. As he’d been given the Ardabil and its dependencies, Safaviyya managed to gain authority over all those areas.

Eventually, the followers of this order managed to obtain the political and military control over that area. In early 17th century, a group of his followers headed by Shah Ismail founded Safavid dynasty in Iran and brought a religious government to power. This was the second time in Iranian history that religious-political leaders ruled the country. The name of this Dynasty comes from the name of this Sufi. So, the monument I introduce here is called “Sheikh Safi al-Din Khangah & Shrine Ensembles” after him.

Who Was Shah Ismail? 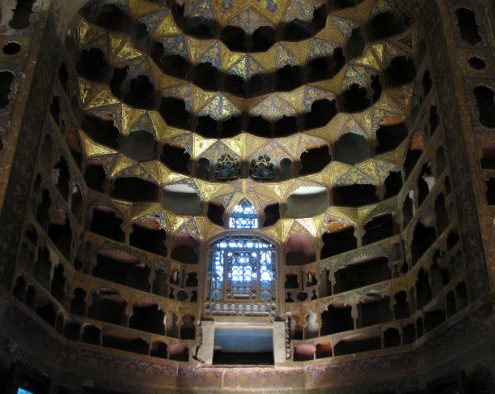 He was born in Ardabil and turned into a fervent follower of Safaviyya militant order and founded Safavid dynasty. He unified Iran at a time when foreign invasions and political influence had strongly weakened Iranian authority over its territory. This was the largest and mightiest empire established in Iran after the Arabs’ invasion leading to the Iranian political decline.

Shah Ismail brought together different parts of Greater Iran – all the countries ruled by major powerful Iranian empires from Medes to Qajar era. These countries and territories included Azerbaijan, Armenia, Georgia, North Caucasus, Kuwait, Iraq, Afghanistan, and even some parts of today’s Uzbekistan, Pakistan, Syria, Turkey, and parts of Turkmenistan. Iran became a strong nation again. He converted Iran from Sunni Islam to Shi’a Islam. This differentiated religious and national identity of Iranians and helped Iran’s territorial integrity. Many argue this was a wise political movement strengthening Iran as a nation.

He was also a prolific poet composing poems in both Azerbaijani and Persian. His pen name was Khatai.

Khangah is a spiritual retreat in the Sufi order. This UNESCO site is a complex consisting of several sections with different functions: a mosque, mausolea, a library, a school, a hospital, a cistern, kitchens, a bakery, and some offices. Iranians refer to it all as “Sheikh Safi Shrine in Ardabil”. In addition to its historical significance, the site is of high value in Iranian architecture. Also, from Islamic architecture point of view, it’s a landmark of Safavid era. 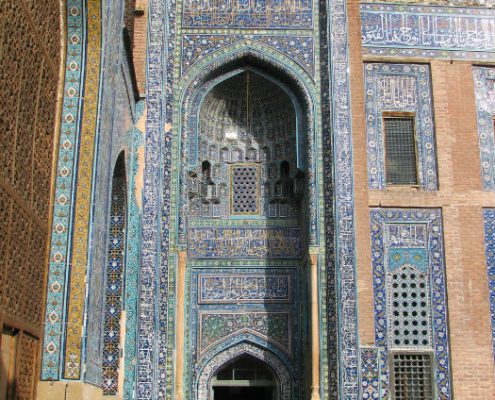 The ensemble in this complex refers to a series of spectacular inherited items including:

Altogether, it constitutes a rare collection of unique elements of medieval Islamic architecture.

The construction of Sheikh Safi al-Din Khanghah & Shrine Ensembles started in 16th century and continued till the end of Safavid rule, 18th century.  It’s an artistic and architectural accomplishment of Iranians setting an example for all such Sufi retreats built later in Iran. Aesthetics and religion have come together and created a beautiful complex in Ardabil. The dark blue tiles, gilded ceilings of the interior and space allocation for various functions in carefully devised plan and proportion have made it a unique collection of structures. 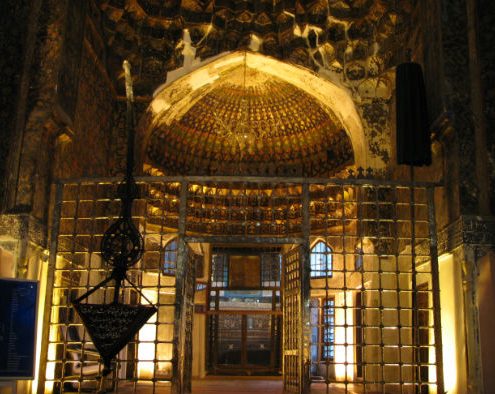 The ceiling inside the Sheikh Safi al-Din Shrine

afavid architecture is the heir of its predecessors, Ilkhanids and Timurids. Therefore, their arts and architectural features are clearly distinguishable. The delicate ornamentation and spacious inner sections at Sheikh Safi al-Din Khangah & Shrine Ensembles represent the new architectural style of this era.

The social, religious and cultural influence of the Safavid period have lead to the formation of Safavid architecture. The other Sufi shrines built after that have been largely inspired by it.

Other Details About Sheikh Safi Shrine in Ardabil 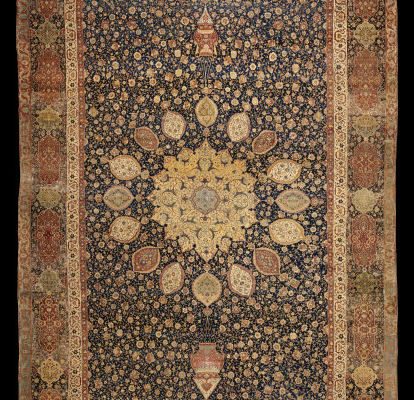 The famous Ardabil Carpet is in Victoria & Albert Museum

The famous “Ardabil Carpet” was an Iranian masterpiece and the best carpet woven in Safavid period for this complex. It’s now in Victoria and Albert Museum in London. A copy has been recently woven in Iran, which is kept by this shrine. 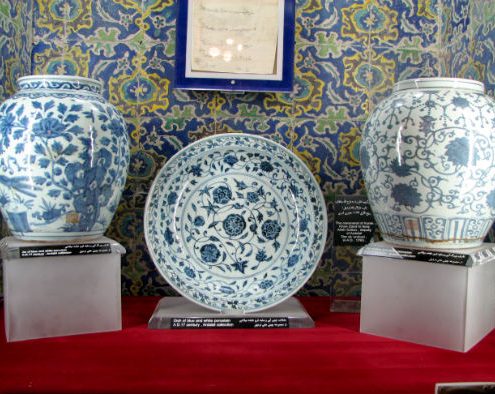 Chini Khaneh is the name of a section of this Sheikh Safi Shrine that accommodates several Chinaware from a collection imported from China during Safavid era. A lot of them were plundered at the time of Russians’ invasion to Iran. Most of the vessels displayed here bear the seal of Shah Abbas indicating he had endowed them to this shrine.

Sheikh Safi al-Din Khangah & Shrine Ensembles is  collection you don’t want to miss if you travel to Iran one day. It’s a magnificent set of buildings with circular dome chambers accommodating tombs of Safavid kings, princes, Sufis, etc. The domes themselves known as Allah Allah are quite spectacular.