Arg of Karim Khan or Karim Khan Castle is one of a popular tourist area in Shiraz built in 1766. Mohammad Karim Khan Zand, the founder of Zand Dynasty, made Shiraz his capital and commanded building different structures particularly Karim Khan Castle. It has a land area of 4,000 m2 and is in the center of a 12,800 m2 compound. The castle consists of a huge fortress with four towers and sloping walls; a residential home to Karim Khan and central military base. The height of the towers is 15 meters and is made of bricks. The inner part of the citadel has three Iwans, painted rooms, garden and fountains.

Arabesque, foliage and animal patterns decorates the interior rooms. Stained-glass windows make the interior space multicolored and extraordinary. Interior decorations comes from different places such as frames, windows from Yazd and Tabriz and large mirrors from Russia, Turkey, Ottoman, and Europe. The paintings of the upper part and the ceiling of the rooms covers with golden water and azure and the colors of the plant and mineral.

After conquering Shiraz by Aqa Muhammad Khan, he decided to demolish Karim Khani’s buildings due to the hostility with Karim Khan. Following this decision, some of the buildings of the Zand dynasty were demolished, including the city’s fence. Fortunately, the building of the citadel was intact and used as house of the governorate of Fars. The rulers of the Qajar era, based on personal tastes, created and manipulated in this building, including in the central courtyard, they created a series of mansions that were inaccurately attributed to the citadel. Later on, it changed into a prison in Pahlavi period and today it is a museum. 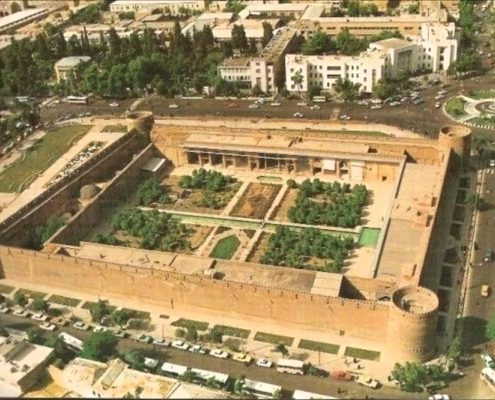 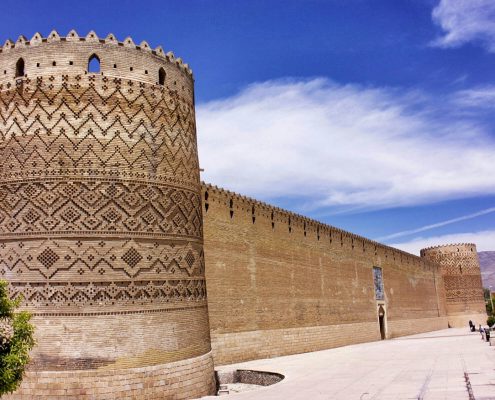 Nasir ol Molk Mosque
Scroll to top
Need Help? Chat with us
Start a Conversation
Hi! Click one of our member below to chat on Whatsapp
The team typically replies in a few minutes.
farzaneh
Incoming Department