Located at the district of Gowad-e-Arabān, Nasir-ol-Molk mosque shines as a masterpiece of Iranian architecture. Miraz Hasan Ali (Nasir ol Molk), the ruler of Shiraz order assigned Mohammad Hasan-e-Memar and Mohammad Reza Kashi-Saz-e-Sirazi to build the mosque in 1870s.

Similar to other Persian mosques, Nasir-ol-Molk mosque is rectangular and surrounds with Iwans and chain of arcades. The geometrical patterns and arabesque designs of the tilework reflect golden age of Islamic art and architecture, particularly Safavid period. Usage of different colors creates an eye-catching view, which attracts any visitors’ attention. The practice of colors in the tilework of the structure such as blue, yellow, violet, green; however, due to the prominent pink roses and purple irises, the mosque earned itself the nickname Pink Mosque. In addition to that, the rich multicolored stained glass pieces in geometric sizes and shapes create convivial rainbow-like hues unparalleled in colors. 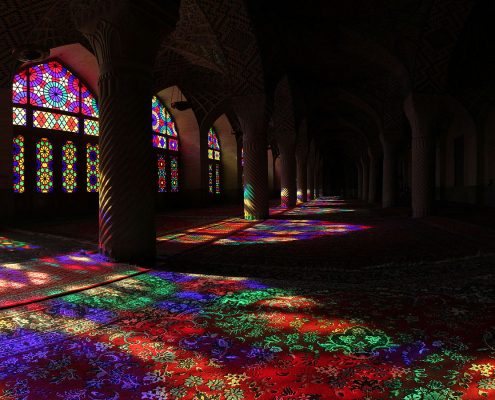 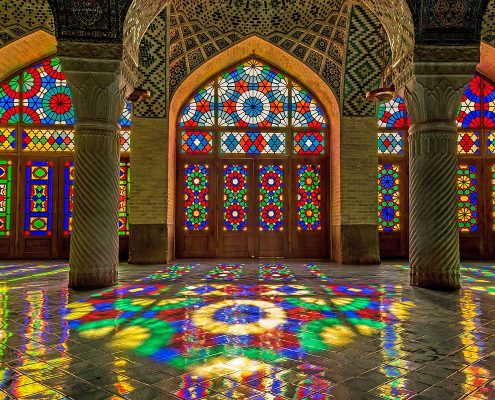 Karim Khan ArgPhysical Grading
Scroll to top
Need Help? Chat with us
Start a Conversation
Hi! Click one of our member below to chat on Whatsapp
The team typically replies in a few minutes.
farzaneh
Incoming Department