In the east of Istakhr, north of Persepolis in Fars Province, the archaeological site of Naqsh-e Rajab possesses great importance in Persian history. Dating back to early Sassanid era, these four inscriptions are made of limestone. The first inscription belongs to the founder of Sassanid Dynasty, Ardeshir I (ruled in 226-241 CE). This inscription is an investiture inscription of Ardeshir I receiving ring of power from Ahura Mazda.  The second one depicts his successor’s coronation, too, Shapur I (241-272 CE). The third one illustrates Shapur’s victorious parade over Roman emperor Valerian and Philip the Arab. The last one is attributed to Kartir, the then highest-ranking religious figure of Zoroastrianism. 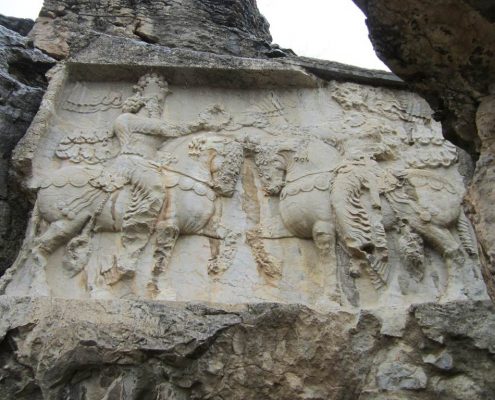 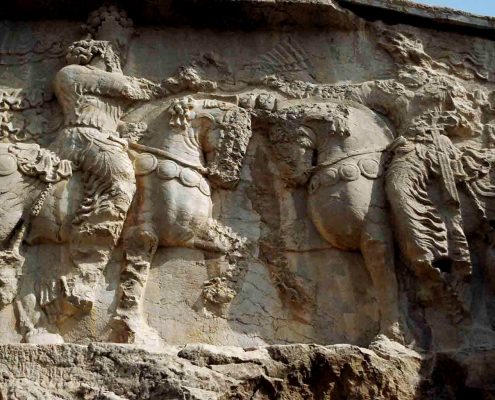 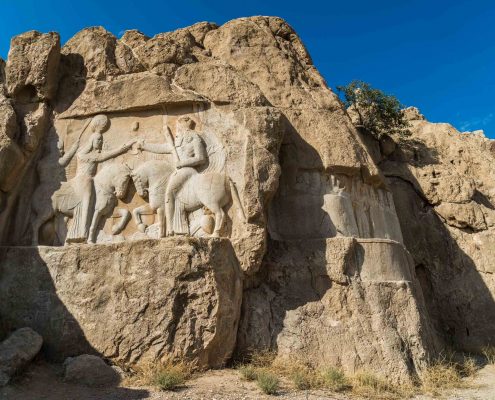 A new occasion in Iran’s tourism market:Young tourists have arrivedKarim Khan Arg
Scroll to top
Need Help? Chat with us
Start a Conversation
Hi! Click one of our member below to chat on Whatsapp
The team typically replies in a few minutes.
farzaneh
Incoming Department