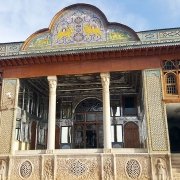 The Ghavam family were rulers of Fars region in Qajar era. Naranjestan means garden of sour orange in Persian. Naranjestan e Ghavam (Ghavam’s House) is the name of a famous building located in Shiraz, Iran. This masterpiece is a good sample of Persian architecture was built between 1879 and 1886 AD. and was used as a court house, governmental meetings, department of Asia institute of Shiraz university and lately a Museum.
The building is well embellished by elegant mirrors, tile and wood works, good assemble of Iranian traditional houses. Along with stucco, symmetry method is well used in rooms from the floor to the ceiling which is covered with colorful and various beautiful designs and paintings were used in Qajar era, resembling the paintings of Victorian era in Europe.
Garden & yard are lovely with a Persian pond and water fountains in the middle and trees of orange, sour orange, date palms and flowers around the garden. In the adjacent, there is Zinat-ol-Molk house, the house of Ghavam’s sister. These tow houses are connected to each other with an old corridor.
Zinat-ol-Molk house is also a museum of wax statues of Iranian historical and famous people and icons.
There, you can wear beautiful traditional dresses and Take memorable pictures.
Nearby these Persian traditional houses there are many sightseeing spots such as Shah e Cheragh Shrine, Vakil bazaar, many religious mosques and another Persian masterpiece architecture, Nasir-Al-Molk mosque (Pink Mosque).
You can visit these tow Iranian traditional and historical houses and other touristic destinations around, through our cultural tours. 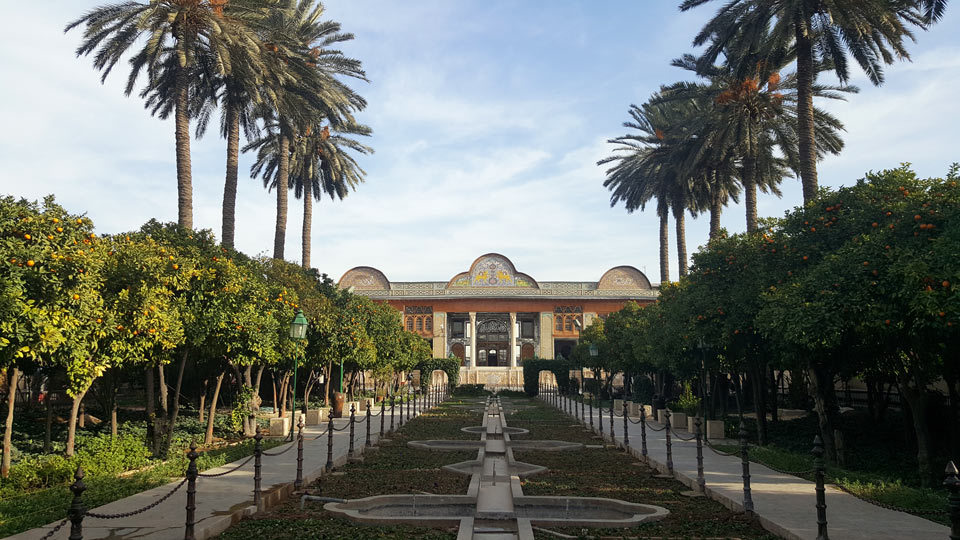 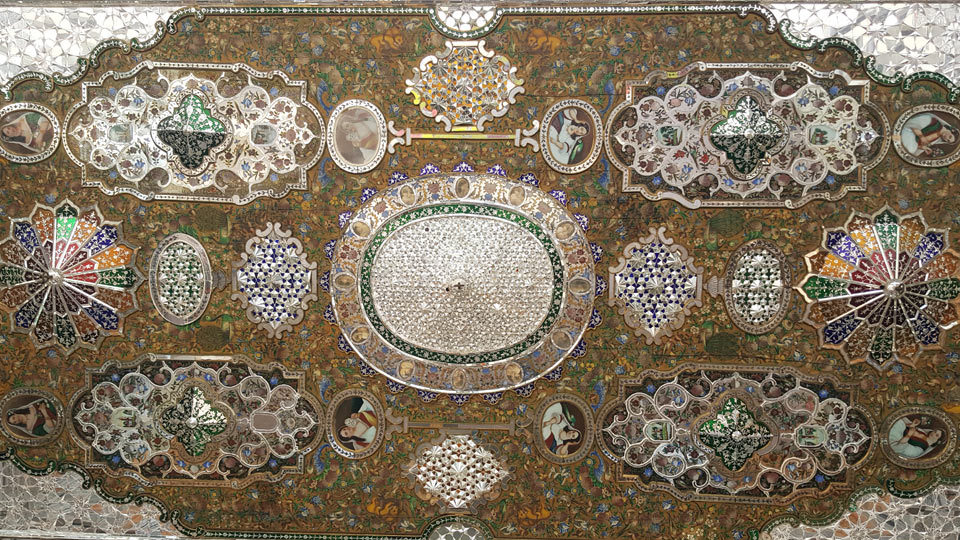 Persian art with colorful glasses and mirror pieces in jewel like design, used in Ghavam’s house. 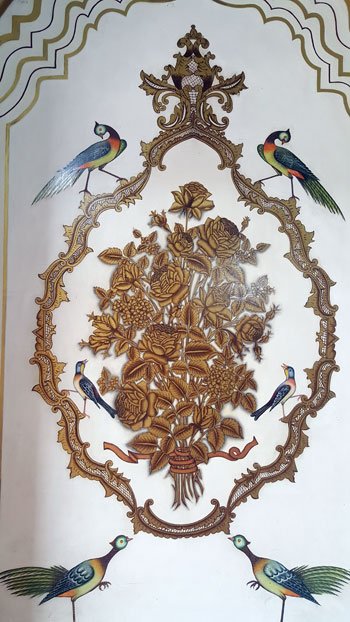 National Botanical Garden
Scroll to top
Need Help? Chat with us
Start a Conversation
Hi! Click one of our member below to chat on Whatsapp
The team typically replies in a few minutes.
farzaneh
Incoming Department