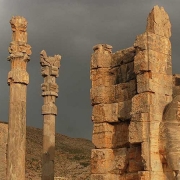 The Americans’ trip to Iran is not stopped

Iran does not reject visa applications by US citizens and there has been no change in the number of tourists entering the United States, according to the official of the Iranian Association of Tour Operators.

ast week, the US State Department issued a travel warning by advising the Americans against Iran’s visit, saying the two Iranian and US nationals are being persecuted.

He added that he had “received reports” that Iran denies visas to the Americans in response to an executive order of US President Donald Trump restricting travel to the United States for the Iranians and five other Muslim majority countries.

However, according to the head of the Iranian Association of Tour Operators Ebrahim Pourfaraj, the claims of the US State Department are false.

“Despite the US threatening us and taking action that violates the spirit of JCPOA, Iran has not reacted and will never respond by targeting US tourists,” he said, referring to Common global plan of action, the official name of the benchmark The Iran nuclear agreement signed with six major world powers two years ago.

“Visa applications from US travel companies have not been denied. Each application is reviewed in detail by the Department of Foreign Affairs, and so far this year all applications have been approved,” Added Pourfaraj.

Iran has relaxed its visa rules and issued a visa upon its arrival to citizens of more than 180 countries in 10 of its international airports. The duration of the airport visa is 30 days, but can be extended for an additional 60 days.

Citizens of the United States, Britain, Canada, Colombia, Somalia, Bangladesh, Jordan, Afghanistan and Pakistan must obtain a visa before leaving for Iran

Probably the most stunning trails of forestry from north to south
Scroll to top
Need Help? Chat with us
Start a Conversation
Hi! Click one of our member below to chat on Whatsapp
The team typically replies in a few minutes.
farzaneh
Incoming Department