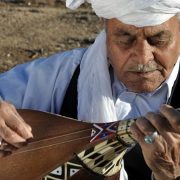 The Ancient Windmills, Nashtifan Windmills; A building that serves the wind

Nashtefan mills are located in Khorasan Razavi, Khaf district, Nashtefan village.Khaf spray windmills from the largest collections of clay, mud, and wood from the Safavid period, and the largest and oldest collection of mills in the world.The durability of these windmills depends on 120 days winds of Sistan & Baloochestan province.One of the most significant and impressive cultural buildings in the Nishtefan area are the windmills.The collection of Nashtefan mills is a historical and technological monument left over more than a thousand years ago in Iran.These historic monuments as one of the tourist attractions of Khorasan Razavi host annually hundreds of foreign tourists and thousands of domestic tourists.

In the past, windmills were usually used to make wheat flour.Windmills have also been used to do other things, such as pumping water.There is no exact information about the date of these Windmills.The advent of windmills is due to 120 day Sistan winds, that the city’s residents used 120-day wind power.When the Nashtifan people used the wind to control the
Windmills, Not only has it boost But also has been a very smart technology.
The windmills of this area are made of the simplest materials, including clay, mud, and wood.

A Natural Greenland That and not using a Middleman Resurrection You in Each...

Kashan a impressive town | For all seasons | affordable and wonderful
Scroll to top
Need Help? Chat with us
Start a Conversation
Hi! Click one of our member below to chat on Whatsapp
The team typically replies in a few minutes.
farzaneh
Incoming Department