The tagline of Destination Iran site, on top of all its pages, announces that a trip to Iran is “The Journey of Your Life”. I try to explain here why it’s so.

The people who travel to Iran have certain interests in ancient history, culture, civilization and architecture. They want to see for themselves how those factors have contributed to the formation of a unique society existing at this part of the world. 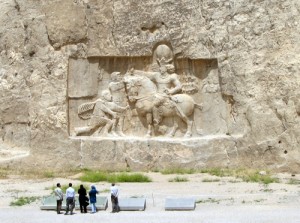 If you’re interested in learning more about the formation, rise and decline of the Persian Empire, making a journey to Iran will help you achieve this goal. The center of this ancient global power is at the heart of present Iran. Fars province offers plenty of valuable remnants of the antiquity where the emperors used to rule their vast territories. Persepolis is just one of such locations, which is one of the most famous Iran tourist attractions.

At the south west of Iran, there’s an Elamite temple in form of a ziggurat that predates Persian Empire. The ancient territories where Elam kings were ruling from was at this part of the country and the temple strongly expresses the magnitude of the royal power to build up such a structure. The efficiency in constructing such structure is implicitly suggesting how advanced the architecture of the time used to be. 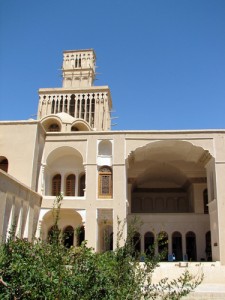 Ancient Iranians have initiated their own styles in architecture according to the requirements dictated by the climate, rituals, usage, etc at this part of the world. The people who travel to Iran can see the historical mounds where the earliest inhabitants of Iranian plateau have built their settlements and temples since 8000 years ago.

Achaemenian and Sassanian palaces introduce grand edifices built for various purposes from accommodation and administration to worshiping and burials. A good number of such sights are in reasonable condition and offer breath-taking visits to the explorers of ancient architecture. 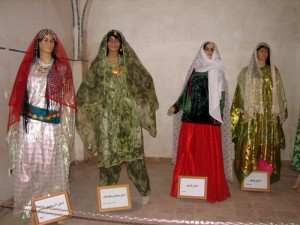 Ethnic Clothing of Some Iranian Women

When you take one or two weeks traveling in Iran, you will notice the variety of ethnic groups in Iran. Persians, Kurds, Azeris, Arabs, Balochis, Gilakis, Armenians, Assyrians, Turcomans, etc are among these groups. They have their own dialects, languages, etc and follow the traditions that are, at times, thousands of years old.

There are still some nomads living in Iran pursuing the same migrating models of their ancestors. You may happen to see them or ask your travel agent to organize such meetings with them during your tours to Iran. Qashqai, Bakhtiari, Shahsavan, etc tribes are living at different parts of Iran and a visit to Iran may bring about a meeting with them. 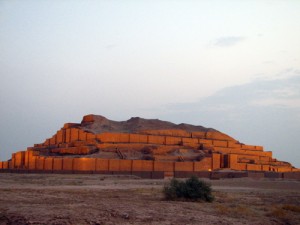 Iran is the origin of some of the ancient religions influencing various nations, religions, cultures, etc. Zoroastrianism, Mithraism and Manichaeism immerged in Iran. The worship of Anahita, the Goddess of water was carried out in Iran. Christianity was largely influenced by Mithraism.

Traveling to Iran isn’t just visiting a country. If you want to learn about the countries around Iran, their vernacular architecture, traditions and celebrations, architecture and arts, and so forth, Iran is the key. What you see here plus the impression you get from the Iranians in the streets will place a strong positive and rich impact in your mind and at your heart that you will not easily forget.

Visit Iran and see it for yourself that it will be “The Journey of Your Life”!

What? Women Traveling Alone with a Driver in Iran? My memories of traveling to Iran as an American
Scroll to top
Need Help? Chat with us
Start a Conversation
Hi! Click one of our member below to chat on Whatsapp
The team typically replies in a few minutes.
farzaneh
Incoming Department