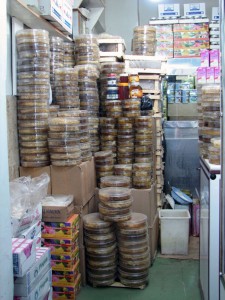 As world travelers, you have certainly heard of the world bazaars and seen several of them here and there. On the surface, they may look like shopping centers, but some deeper reality can be found under the skin of Iranian bazaars. I want you to know more about what’s down there and who’s doing what in such living communities in different cities of Iran.

There are certain people within specialized guilds working in the bazaars facilitating the business transactions. Also, there are various institutes forming the particular identity of the bazaars in Iran. We will look at them one by one.

There are mosques, shrines and mausoleums inside these places. The people who are shopping, working or living in the vicinity of such centers, may need to pray or practice some religious beliefs. Therefore, these institutes are there for such people. Some may have fervent belief in praying at a particular mosque or shrine inside such bazaars. Some may want to meet others from other part of the bazaar. Noon prayer time could be a time to meet up.

In the history of each city, there could have been certain people whose contribution to the community have been preferred to be remembered by those living and working there. To honor such well-known people, mausoleums may have been constructed inside Iranian bazaars. People go to such places, pray for the peace of their souls and revere them.

You may get surprised to know that there have been madrasas inside the bazaar compounds where religious students study. Those old structures have been well-maintained and still used as education centers. Many of the bazaars in Iran still have those schools in which Islamic doctrines are being taught. Therefore, students and teachers have to walk through the bazaar passageways to get to classes.

Of course, I must mention that modern colleges and universities aren’t found at these places. Bazaars are traditional communities in which you may buy modern commodities and find modern instituts like banks, but you won’t find modern education centers there.

You may need to buy lots of things in the bazaars for which you will have to have Iranian currency, Rial. Such shops aren’t found in large numbers. They are usually at one part of the bazaars. Sometimes, some gold shops exchange various currencies like in the bazaars of Rasht and Kermanshah.

Zoorkhaneh is the traditional sport center in Iran that could also be found in Iranian bazaars. As it’s a mixture of exercising physical and ethical values, people of all walks of life may participate in it. Therefore, people of the bazaars are no exceptions. Many of those who work in these places go to such gyms everyday.

There are many craftsmen and artisans who are working in a number of workshops where traditional arts are practiced. Handicrafts are being created and sold to the shops where Iranians and non-Iranian visitors buy as souvenirs or even purchase them for personal use.

During your visits to Iranian bazaars, you may hear a lot of noise in particular parts of the bazaars where metals are hammered, wood is cut, fabrics are block-printed, etc. These are the shops in which traditional artists are working to create interesting items for other shops. You will certainly find them quite attractive parts of such communities.

There’ alway a part of the bazaars in Iran that is for selling foodstuff. Some sell food and some sell items for eating. Both are interesting to see as you will learn a lot about what people eat at home or in the restaurants.

If you go shopping in the bazaar or plan to have your business there, you will need to eat after some time. Bazaars are such large areas that you cannot easily get out of them just to eat and come back. This will not be practically ideal. Therefore, you have to eat inside the bazaars.

If you like traditional food, make sure you go to one of these places where you can find dishes like dizi, which is a mix of beans, chickpeas, potatoes, meat, dried lime, etc. If you like to go to a traditional tea houses instead of modern coffee shops that could be found everywhere, don’t forget to take the opportunity as long as you’re there.

At particular parts of some Iranian bazaars, there are some of these shopkeepers working. These are some tradesmen who sell animals that people keep as pets like nightingale, parrots, myna birds, etc. On the other hand, some sell living animals who are soon slaughtered to be eaten like geese, chickens, quails, turkeys, ducks, etc.

In a nutshell, if you’re traveling in Iran trying to find out more about life and how it continues in Iran, you can touch under the skin of Iranian bazaars by going to various corners of such living communities and learn a lot.

The people working at Iranian bazaars play major roles in politics, economy and social activities of the society. They are the traditional supporters of economy. They can raise fund for particular causes and they can ban laws, products, etc to block some new trends appearing in the entire country.

In general, bazaars are pro-traditions and support business enhancing laws that help them grow their capitals. They aren’t so much pro-modernity as it may bring about different systems of beliefs and jeopardize their businesses. They’re not very much pro-change. They are often conservatives who support old lifestyles and traditions.

You may wonder why I’m taking you to an entirely different world – modern shopping malls in Iran! That’s a reality, which cannot be denied. You can find a lot of such modern centers. Cities are growing larger and larger. Therefore, it’s not practical to buy only in the traditional bazaars. They turn to be time-consuming and people will have to go long distances, spend a lot of time to buy some items that can be easily bought in a shopping center at their neighborhoods.

You cannot find traditional bazaars’ variety in shopping malls. They are imitations of western countries’ malls. Modern life has dictated its rules in large cities. You find coffee shops and restaurants (not teahouses) in these modern places. You find some of the latest clothing items offered by fashion brands. Even some of these centers are supplied with supermarkets, large and small.

The new middle class people and young generation, of course, prefer to go shopping in these places. They don’t feel the need to go to some of those traditional communities or buy from those traditional guilds. However, their needs are answered with what’s available to them.

I can briefly say that you can find varieties of true life in Iran only when you visit both traditional Iranian bazaars as well as modern shopping malls. Iran is in a transitional stage between traditionalism and modernity. You will find this distinct comparison a wonderful discovery in one country. I’d recommend you to explore it for yourself.

Nowruz History and Its Origins among IraniansWater Management in Ancient Persia
Scroll to top
Need Help? Chat with us
Start a Conversation
Hi! Click one of our member below to chat on Whatsapp
The team typically replies in a few minutes.
farzaneh
Incoming Department